ST. PETERSBURG, Fla. - A massive red tide cleanup effort in St. Petersburg has entered its 10th day with more dead fish collected in the past 24 hours than in the last week.

City officials said the cleanup began after a wave of dead fish arrived near the coast days ago. They've been spotted in mangroves, near the shoreline, and out in the bay. Officials said Tropical Storm Elsa made it worse.

"We’ve collected 15 tons of fish in those 10 days and nine tons of those fish have been picked up in the last 24 hours," said Amber Boulding, St. Pete’s emergency manager. "We’ve been dealing with red tide. Tropical Storm Elsa came and really exacerbated that issue and pushed even more fish in."

Elsa churns up island of dead fish off Pinellas County

PREVIOUS: Dead fish cause stink in St. Pete neighborhood after Elsa passes through

Boulding said the problem is widespread and the work is tedious, forcing the city to recruit more than 120 staff members from other departments besides public works to assist in the cleanup. They are also exploring options to bring in outside contractors to help. 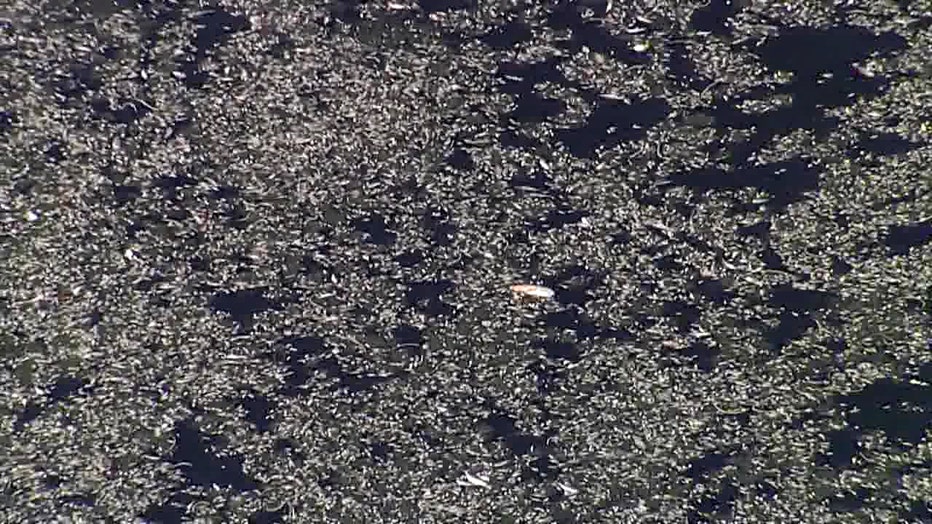 SkyFOX captured these aerials of dead fish near North Shore in St. Petersburg on July 9, 2021.

Because multiple city workers are away from their day jobs, some other non-essential services have been delayed, such as mowing, tree trimming, and pothole repairs.

"We’re out there, we’re scraping and netting fish but the best way to let us know where those kills are and where the big piles of fish are is to let us know," Boulding said. 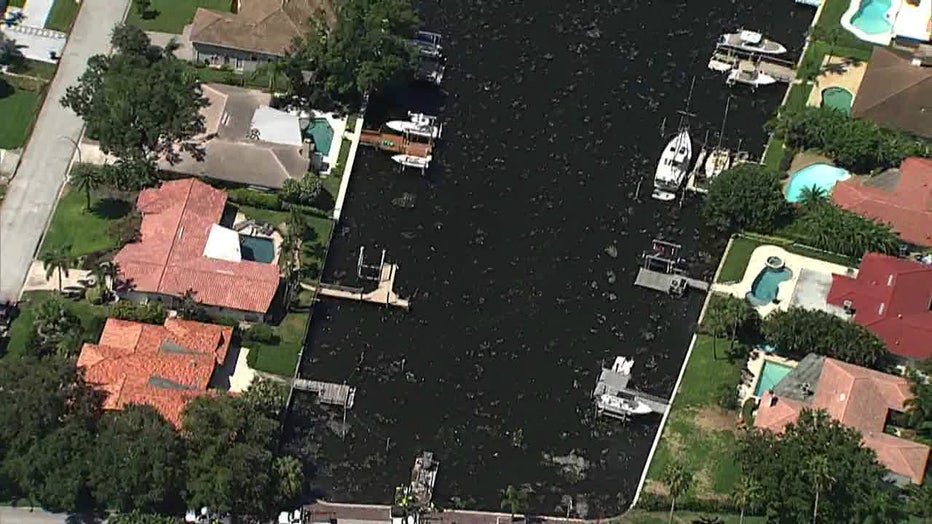 The white spots in the canals of Snell Isle are all dead fish.

Most assume the problem is red tide, possibly exacerbated by Elsa. Red tide counts are high in St. Petersburg waters, but it'll take additional testing from the FWC to determine Elsa's impact.

LINK: For the latest on red tide visit: https://myfwc.com/research/redtide/statewide/

Residents and visitors can submit details where dead fish sightings in the following ways: