When Hurricane Irma blew through in 2017, the power was knocked out at 125 signalized intersections in Hillsborough County, creating dangerous conditions on the roadways.

"A dark intersection is something that we'd never want to see because that can lead to crashes, fatalities, accidents that just don't need to happen," said Kyla Fischer, the section manager of Traffic Operations in Hillsborough County.

READ: It could take 6 months to identify people killed by Hurricane Ian

When approaching a traffic light that is out, drivers are supposed to treat it as a four-way stop, but it does not always happen. Public Works was tasked with finding a solution that drivers would react to, and could be built using equipment already in use. 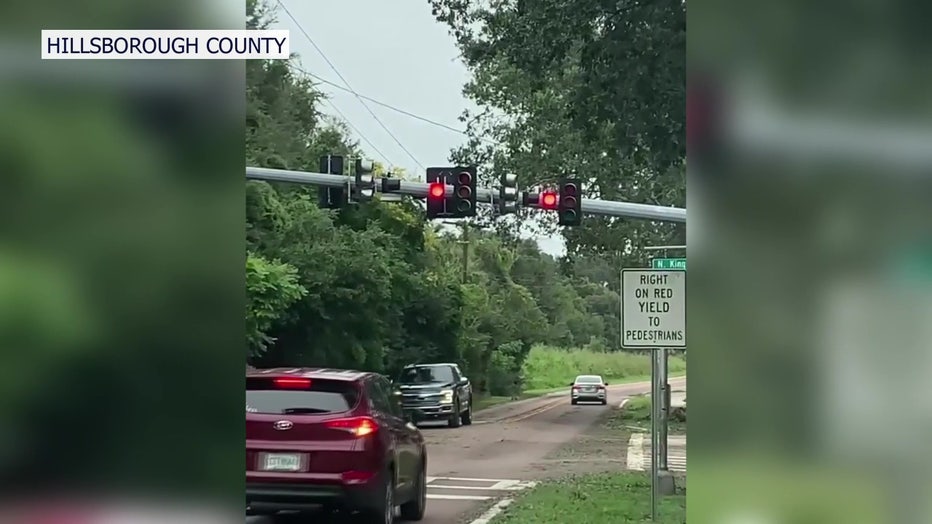 "We spent some time, did some research and came up with this new concept," explained Transportation Engineering Manager for Hillsborough County Bob Campbell.  "This is the first time in the United States, actually the world that we're doing something like this."

"To alert drivers of a dark intersection, so they can treat it as a four-way stop," said Fischer.

They are called POEBs, power outage emergency beacons.  The county is working to install the lights at all 316 intersections it manages. Hurricane Ian was the first real test of the technology. 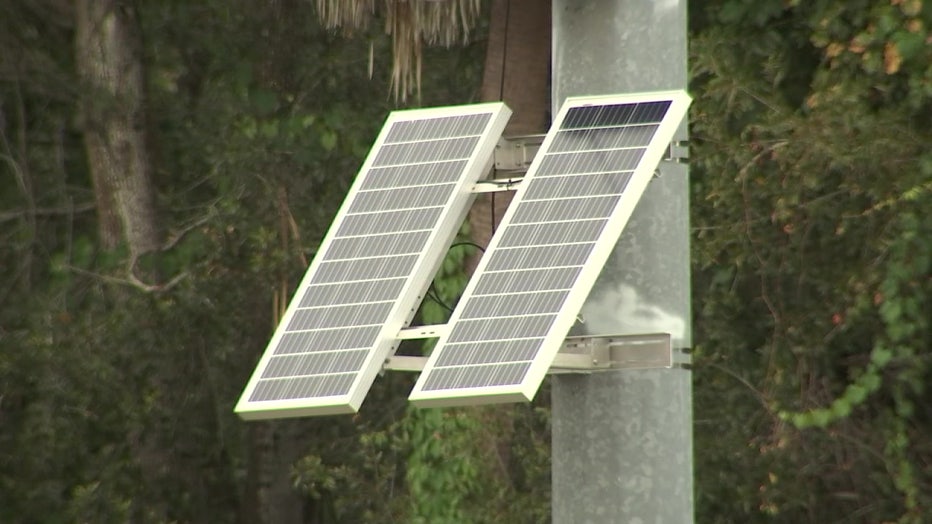 "We're seeing that there is less accidents. We're seeing that people just have that awareness, and they know exactly what to do and treat it," Fischer shared.  "So it's a safe situation for everyone."

Having the flashing beacons kick-on also frees up county crews, fire rescue and deputies. So instead of directing traffic, they can focus on other storm-related emergencies.

"Those will continue flashing red endlessly until a service technician is able to be dispatched to the location to fix the power issue and restore the intersection to functionality," said Fischer.