SARASOTA, Fla. - After Hurricane Ian passed, Manatee County Animal Welfare saw an increase in animals coming through their doors. Like many shelters across the state, they were already at max capacity.

"We started to see almost double the animals coming into our facility on a daily basis," said Sarah Brown, the division chief of Manatee County Welfare. "While we were already at critical capacity it was even more critical to start to move some of those adoptable animals out to new places."

Transports have been happening locally within the state as other shelters and rescues step up to help. One hundred and eighty animals have been transported to date as Best Friends and the Humane Society of the United States find shelters willing to take them in.

But some of that help is coming from out of state, and the dogs needed a ride. That's where Wings of Rescue came in to help. 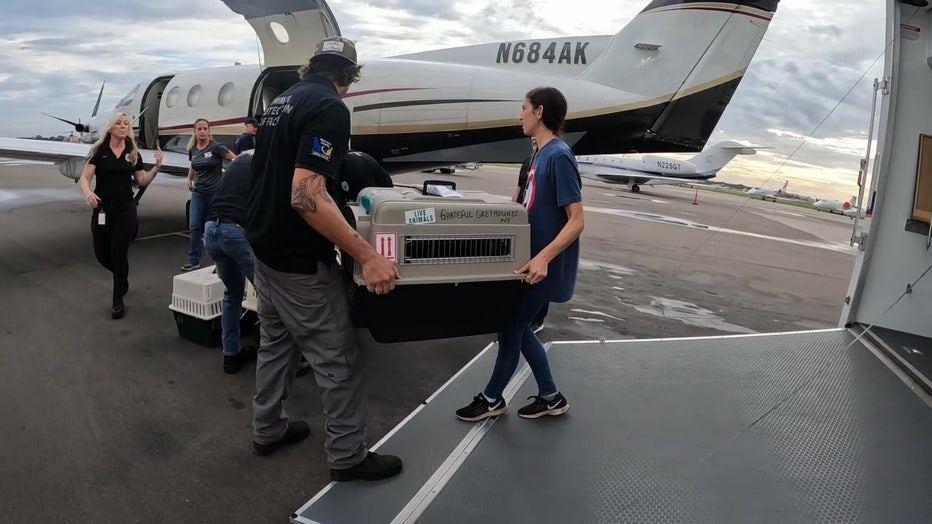 "We love flying, and we love animals, and we put those two together," said Angela Keeling, a pilot for Wings of Rescue.

More than 20 dogs from Manatee County Animal Welfare were put in crates and loaded onto Kale Garcia and Keeling's plane. The pair are pilots for the non-profit helping transport the dogs to other shelters.

"It's super important to give them a second chance at life," said Garcia.

MORE: How petting dogs could improve your attention span and motivation

The dogs have already spent a long time at Manatee County Welfare, and they were up for adoption long before the storm came through. Animals that were displaced following Hurricane Ian will have an extended hold on them to help reunite pets with their owners. 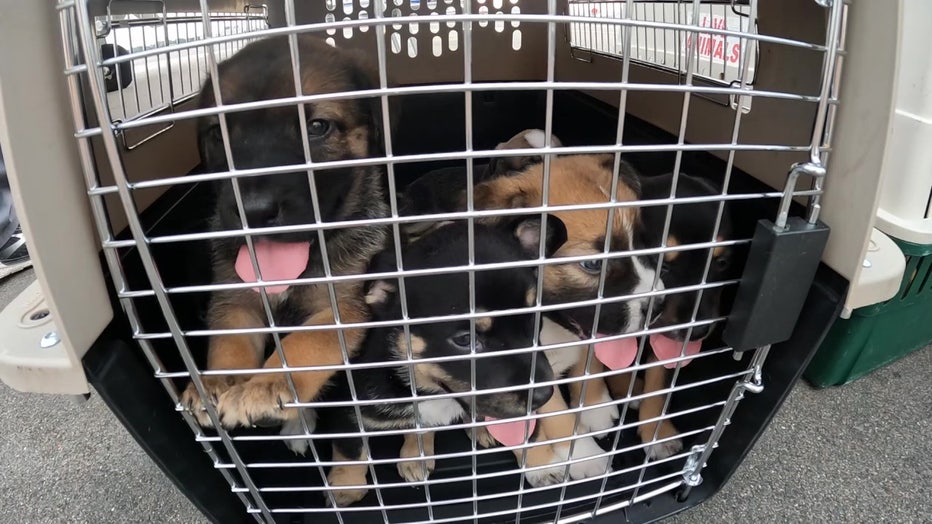 Manatee County Animal Welfare is scanning for microchips and posting photos online to get the word out.

"The biggest thing is to try and make room for other animals that need to come to the shelter, be in distress in the area. Displaced from the storm," said Garcia.

From Dolphin Aviation the pups will be flown to New York, Vermont and Maryland. They will be taken to shelters where they have the free space to house them and find them a new forever home.

"Kindness still really does exist, and it’s so nice to see these people coming out to help pets that are displaced, and these homeless pets find a second chance at a forever home," Brown said. "It’s really been an emotional experience for us today, and we are grateful."

There are still 100 cats, 125 dogs and one bird at the Manatee County Animal Welfare. For more information, click here. 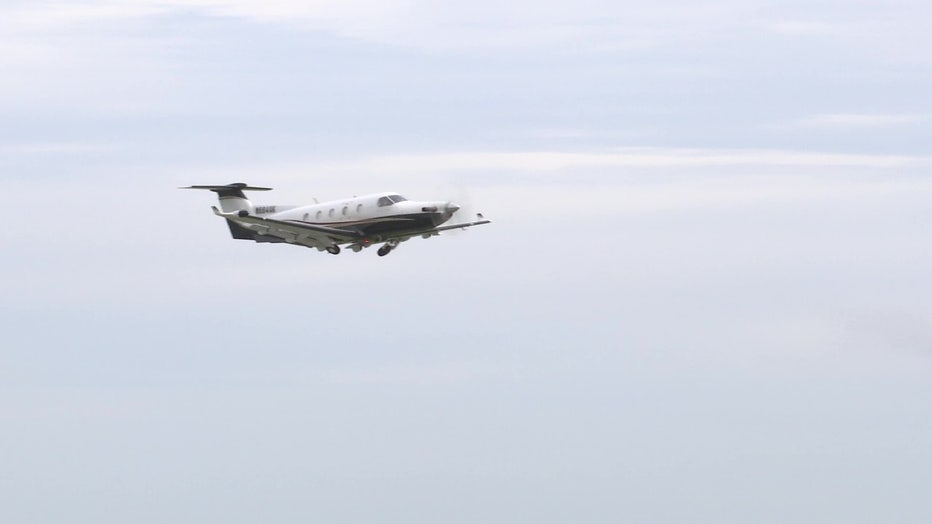