FOX 13 News Tampa Bay and FOX 35 Orlando, with pollster Insider Advantage, conducted the final poll of Florida voters to see how the top state races may turn out. Republicans have the obvious lead, but will it translate to actual votes on election day? FOX 13 Political Editor Craig Patrick breaks it all down. 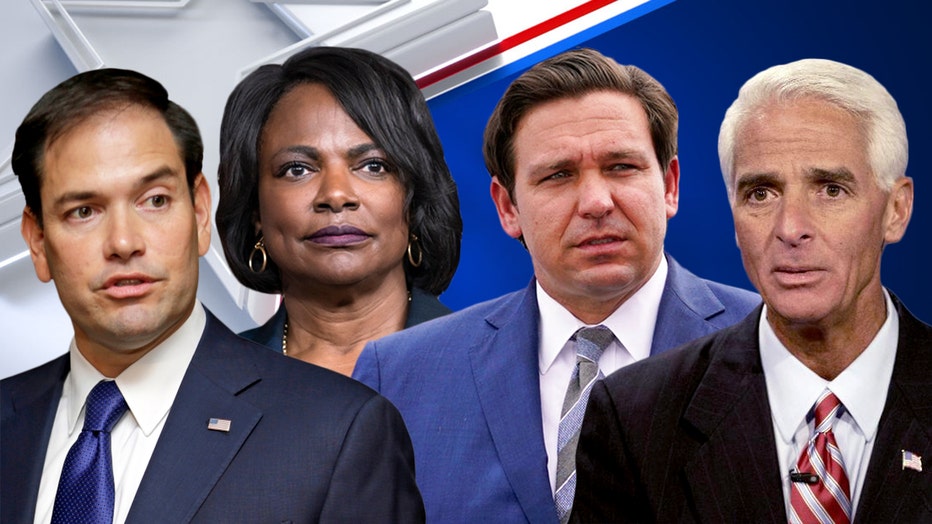 Participants were asked, "If the election were held today, for whom would you vote?"

Related: Closer look at the US Senate race

Respondents were also asked, "What is your opinion of the job performance of President Joe Biden?"

"But elections are about turnout, and it is possible that Biden’s appearance in South Florida this week could boost Democrat participation and make the race a bit closer," said Towery. "But Crist is losing in every age group by close to 10 points. I rarely see in a statewide general election poll in Florida where all age groups are decidedly behind one candidate."

Towery said, in other states where he's conducted polling, he sees a pronounced gender gap.

In many states, he said women voters tend to prefer Democrats (often by 15 points) – but not in Florida.

"Demings is performing better but still loses among every age group, as well. The typical, large gender gap that we see regarding female voters has melted to a four-point advantage for each Democrat (in Florida)," said Towery. "Men are supporting the Republican nominees at around a 13-point advantage. Both Republicans are carrying the Hispanic/Latino/other race vote by nearly 60%, which is close to the near-70% level at which these voters disapprove Biden’s job performance in this survey. Republican nominees appear to be receiving between 15-20% of the African American vote in many battleground states like Florida. but 28% of African Americans (in Florida) disapprove of Biden’s job performance in this poll."