TAMPA, Fla. - On Wednesday, three men were found guilty of murdering Ahmad Arbery and the verdict brings new meaning to those who honor Arbery every day in Tampa.

A mural was painted at the height of last year's social justice marches at the intersection of North Florida Ave. and Columbus Ave.

"That is somebody's child," said Yvette Lewis of the Hillsborough County NAACP.

She says the mural is a reminder Arbery is more than a symbol of a time where justice was served. It also includes three other victims of high-profile cases such as George Floyd, Breonna Taylor, and Trayvon Martin. 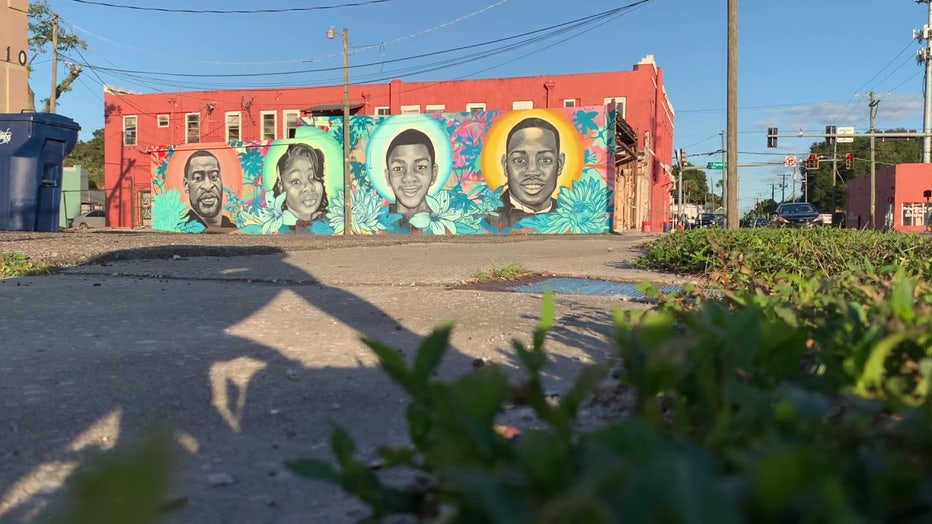 Supporters of Taylor and Martin saw those who killed them either never charged or acquitted. But now, those responsible for the deaths of Floyd and Arbery have indeed been punished.

"It is sad someone had to give their life in order for other people to speak up and hear and make change," said Lewis.

"Within our communities, art is the best way to combat things like racism," commented Tony Krol, who painted the mural. 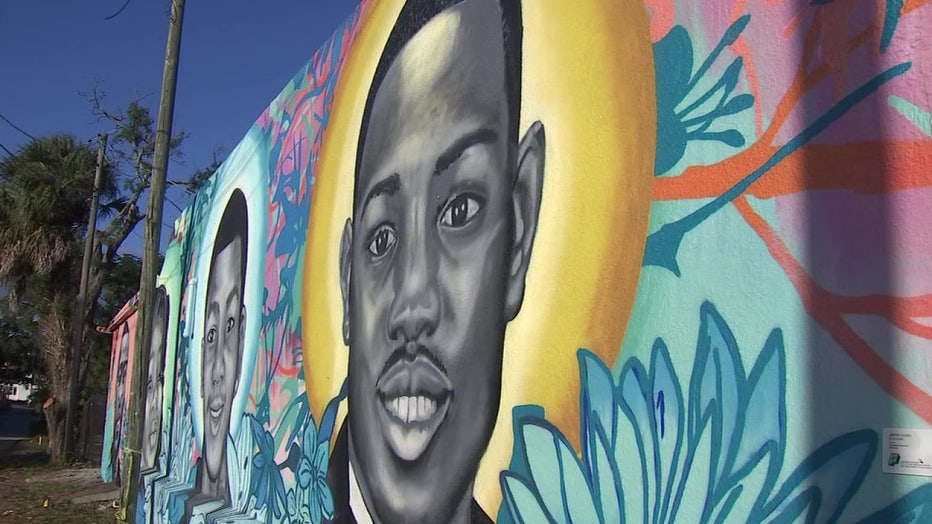 He says it is meant to send a message that institutional racism still exists, especially when you consider that, for months, Arbery's killers were not charged until a video of it went viral.

"We can make these changes in our schools, in our education systems, in our communities, we can plant more seeds of love so that these people aren't bred with hate," said Krol.

"I look at it every day when I am at my job here," said Rosa Davis, who owns the store across the parking lot. "I look at each one and know there is a different cause for each one."

Her message is similar to Krol's.

"It is all respect," she stated. "Give people respect, loyalty and have a heart for people."