Mural dedicated to those lost to police violence

TAMPA, Fla. - It's been one year since the death of George Floyd at the hands of now-former Minneapolis police officer Derek Chauvin. The case still resonates with folks across the Tampa Bay area.

Master Barber Kenneth Daniels watched the Derek Chauvin trail from inside the Power Circle Barber Shop in Tampa, reliving the pain over and over again.

"I believe Derek Chavin had no regard for human life," Daniels said.

Behind the shop is a mural of Floyd alongside Breonna Taylor, Travyon Martin and Amaud Aubrey, each death sparking calls for action. 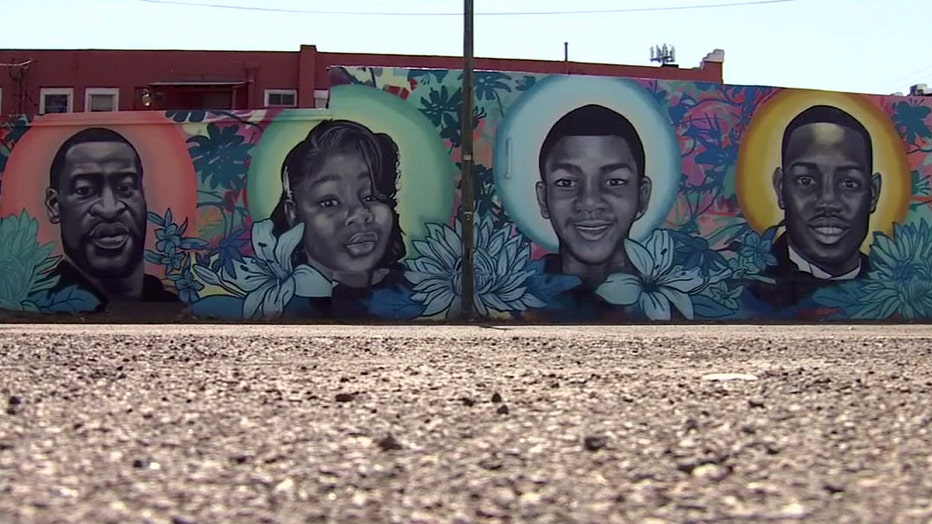 Some say however, those calls have never been fully answered.

Still, Davis says there's a long way to go until justice is equal for all.

"That won't happen overnight, we're at the beginning of a long process," she said.