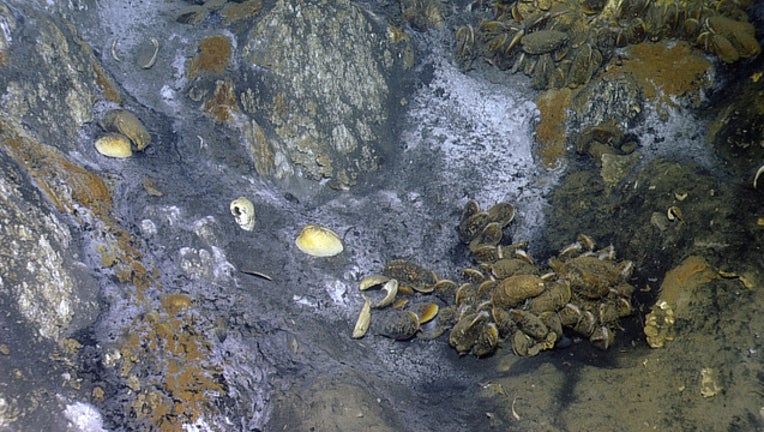 HOUSTON, TX - A marine scientist researching corals in the Gulf accidentally discovered an underwater lake.  He decided to explore further with a team and a 3-man submarine to get up-close to the pool.

According to his report, the mysterious lake is about 100 feet around and 12 feet deep. It apparently sits at 3,300 feet below the surface and is almost twice the temperature of the surrounding ocean. It’s salty–almost five times more so than the water outside of it. The bottom of the pool was lined with dead crabs that made the mistake of getting too close.