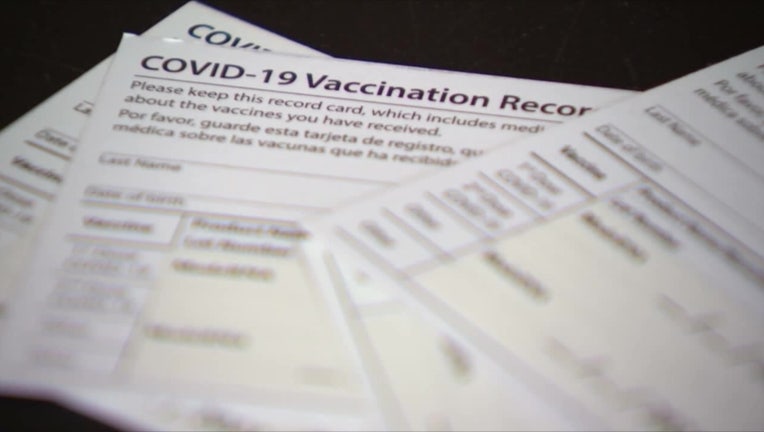 TALLAHASSEE, Fla. - A Leon County circuit judge is scheduled Thursday to hold a hearing in a Sarasota hobby and craft store’s challenge to a state law that bans so-called "vaccine passports."

Circuit Judge Layne Smith is considering the case two months after a federal judge in South Florida sided with Norwegian Cruise Line Holdings in a challenge to the law, which seeks to prevent businesses from requiring customers to show proof of vaccination against COVID-19 and threatens fines for violations.

The Sarasota business, Bead Abode, Inc., argues that the law violates the First Amendment and is seeking an injunction to block it. The First Amendment arguments echo the reasoning of U.S. District Judge Kathleen Williams, who issued a preliminary injunction in August in the Norwegian case.

Bead Abode said in the lawsuit, filed Sept. 10, that many of its customers are retirees and some have health issues. It said it closed its doors in March 2020 because of the pandemic, offering only online sales and classes, but developed a plan to reopen this year as vaccinations became available and as the number of cases appeared to be waning.

"Absent the relief being sought to enjoin defendant (the state) from enforcement of this clearly unconstitutional content-based restriction on protected speech, Bead Abode would be forced to choose between its commitment to the safety of its customers and crushing penalties from enforcement of this law," the business’ lawyer, Andrew Boyer, wrote in the lawsuit.

But the state, which has appealed the federal-court decision, argues that Smith should reject the request for an injunction. It disputes that the law, which the Legislature passed in April, violates First Amendment rights.

In a court document filed last week, lawyers from Attorney General Ashley Moody’s office wrote that the law "restricts only conduct, not speech, and therefore does not implicate the First Amendment."

"In other words, the provision leaves owners and patrons free to have whatever discussions they choose but ultimately requires owners to serve patrons no matter their vaccination documentation," the state’s lawyers wrote. "An owner who asks a patron whether he or she is vaccinated (and even asks if the patron can provide proof) acts consistent with the law; a violation occurs only when the patron responds in the negative and the owner, in turn, refuses to provide services. In that way, the law regulates only conduct --- the provision of services by a business --- not speech."

Gov. Ron DeSantis has made a priority of banning vaccine passports, issuing an executive order in April that was followed by the Legislature putting a ban into state law.

Gov. Ron DeSantis said Monday that Florida will fight local and federal COVID-19 vaccination mandates for public and private workers, warning that such requirements will have a "huge impact" on public safety.

Williams’ August ruling applied only to Norwegian. In it, she wrote that the law is a "content-based restriction" on speech, as it targets documentation but allows businesses to request other information from customers about issues such as vaccinations.

But in a brief filed Monday at the 11th U.S. Circuit Court of Appeals in the Norwegian case, attorneys for the DeSantis administration said the law is an "economic regulation that does not implicate" the First Amendment.