No deal for man who made threats to Tampa officers

TAMPA, Fla. - Tampa judge Michael Williams wanted to make something crystal clear to the attorneys in front of him.

"I'm just not going to take the plea so I'm just saving you guys some time," explained Williams.

Williams warned the prosecutor and the defense he won't accept a plea deal or any offer for defendant Jose Menendez until a doctor says he's not a threat to others.

"Generally speaking, I am not in the position to accept a plea on a written threat to conduct a mass shooting," Williams continued.

In May, Menendez allegedly logged on to the official White House website and threatened to conduct a mass shooting in Tampa. 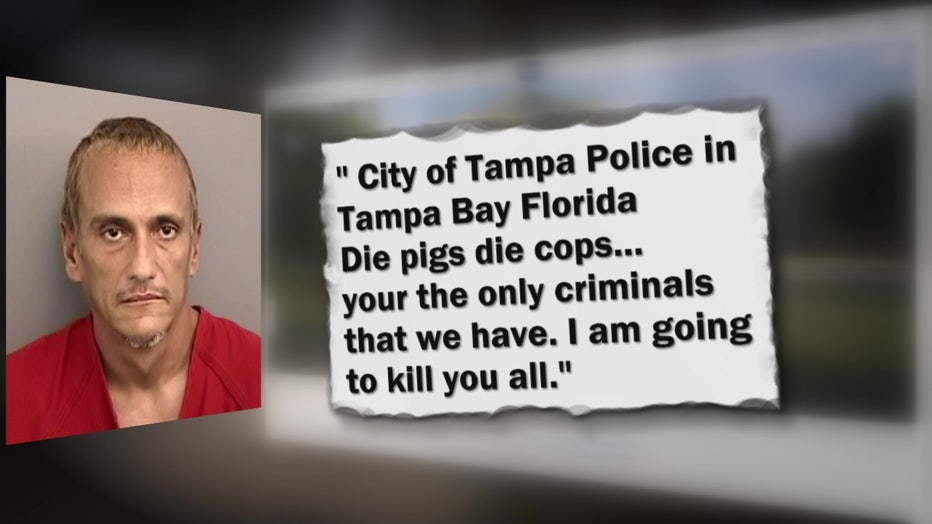 "City of Tampa police in Tampa Bay Florida die pigs die cops your [sic] the only criminals that we have. I am going to kill you all," he supposedly wrote.

That got the attention of the FBI and the threat was handed over to Tampa police.

After Menendez was questioned, he admitted to writing the email because he was upset about aircraft flying over his house.

A doctor was questioned during a remote hearing before Williams accepted the offer, which is likely what Menendez and his attorney will have to do before cutting a deal.