"The slogan, 'keep Christ in Christmas,' we really live like that as a family," said Myles Hahn, of South Tampa, whose family watched Christmas services online offered by Christ the King Catholic Church in South Tampa. "We have been doing virtual mass for the past eight months now. We kind of just figure it's better to stay at home."

They were one of many to stream Christmas Eve live proceedings, which included Grace Family Church on Gandy Blvd. 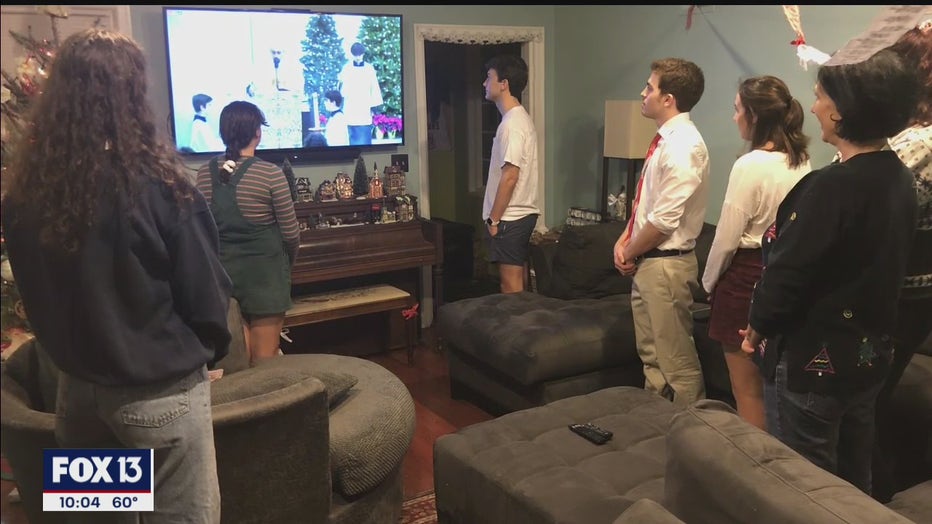 Pastor Mike Ash expected 8,000 to worship in person at their six locations, and 30,000 to watch them online.

"[When I] look into the camera, it really is the opportunity to go hey, we miss you," said Ash, "do whatever you need to do, from wherever you are."

He says it's particularly important this year because so many are feeling alone after months of social distancing, and that those feelings may become more pronounced around the holidays.

"We love you, can't wait to see you again, and just praying that this whole, that this really does go away soon," said Ash.

Father Len Plazewski at Christ the King says there's a message for everyone when it comes to our battle against COVID, that can be learned during Christmas, either virtually, or in-person.

"Christmas is a message of hope," said Plazewski. "I think that there has been plagues in the past. There has been difficult situations. Don't give up. Keep the faith."