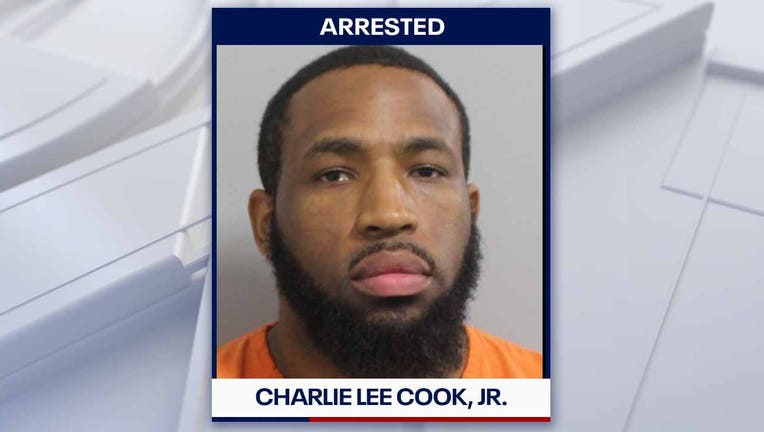 LAKELAND, Fla. - A Lakeland man was arrested after exposing himself to a McDonald's cashier, officials said. Employees said he was a regular customer.

According to Polk County deputies, the incident took place in late September. They said 34-year-old Charlie Lee Cook, Jr. placed an order one morning and stopped at both drive-thru windows – one to pay and the other to pick up the food.

After he went through the drive-thru again with a second order, investigators said. However, when he arrived at the second drive-thru window, he exposed himself to a juvenile cashier and called her by the name on her name tag, they described.

The employee closed the window and told management, who contacted the sheriff's office.

At the time, the employees were unable to identify Cook and described his vehicle as a black SUV. However, they did say he was a regular customer.

Deputies said Cook returned to McDonald's two weeks later, and employees provided them with a possible name from his debit card along with the tag number on his vehicle.

Deputies obtained an arrest warrant and took him into custody on Tuesday.

Cook was arrested back in 2017 when he was youth director. He was accused of sending a teenager naked photos of himself.

"We previously arrested Charlie Cook during an undercover child pornography investigation - he was sending nude images to a 15-year-old girl he met as a youth leader at a church," Sheriff Grady Judd said in a statement. "Now here he is again, trying to groom and solicit a child. He clearly wasn't rehabilitated or held accountable back in 2017, but we will do everything in our power to ensure he is held accountable now."