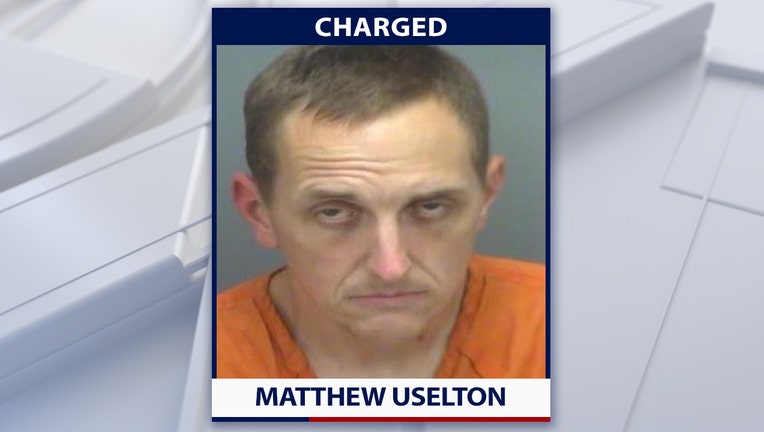 CLEARWATER, Fla. - Matthew Uselton, 37, of Largo is facing charges of carjacking, grand theft auto and fraudulent use of a credit card after police say he carjacked a woman in the parking lot of the Clearwater Mall in January.

According to the Clearwater Police Department, Uselton tried to carjack a woman outside of Costco but was unsuccessful because she screamed and ran away.

Police say he then approached a woman in the Pet Smart parking lot as she sat in the driver’s seat of her car.

According to police, Uselton then approached a woman in the Pet Smart parking lot as she sat in the driver’s seat of her car. Investigators say he opened her car door at knifepoint, pulled her out of the car, and fled the scene in her vehicle.

Detectives say Uselton became a suspect shortly after the carjacking.

At the time of his booking for the Clearwater charges, he was in jail for another crime out of Largo that occurred shortly after the carjacking.