DADE CITY, Fla. - The prosecution's own witness may have delivered a setback in the theater shooting murder trial of former Tampa police captain Curtis Reeves.

Lead detective Alan Proctor had a rough day on the witness stand.

The now-retired Pasco County Sheriff's Office detective was the first to interview Reeves after he shot and killed Chad Oulson after the two argued about texting in a Wesley Chapel movie theater in 2014.

He said Reeves seemed to regret shooting Oulson, but also said Reeves claimed Oulson attacked him first – either with a fist or a cell phone. 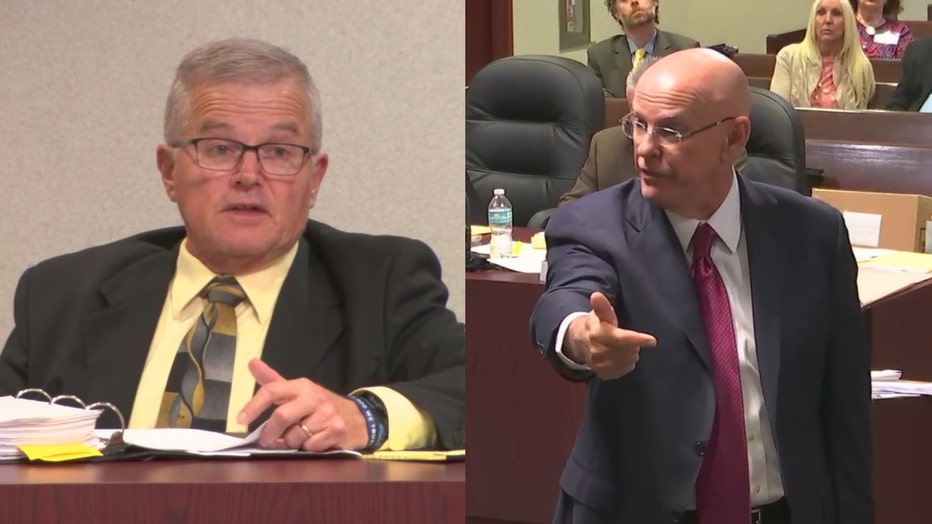 Reeves' lead defense attorney, Rick Escobar, suggested a rush to judgment and went on the attack.

"If Mr. Reeves is telling you that he was either hit with a fist or a cell phone, that phone becomes paramount in this investigation, right?" asked Escobar.

New evidence and testimony were revealed on day 3 of the Curtis Reeves theater shooting murder trial in Pasco County.

During the stinging cross-examination, the defense accused Proctor of sloppy police, from mislabeling evidence to mismanagement to the possibility of evidence being tampered with.

After getting beaten up on the stand for hours, Escobar delivered a knock-out punch.

"The reason you did not do these things… because at that point in time you didn’t have experience in dealing with self-defense cases?" proclaimed Escobar. 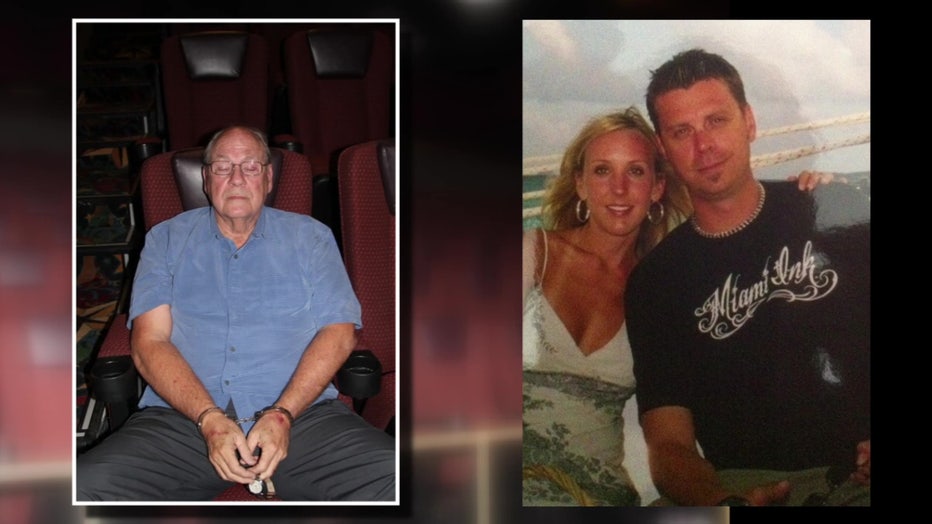 "I had a limited experience with that, sir. That could be a possibility," said Proctor.

"Possibilities are dangerous in a criminal justice system, wouldn’t you agree?" asked Escobar.

Thursday's proceedings wrapped up early for the jury, who were released around 2:30 p.m., allowing attorneys to make motions in front of the judge regarding evidence and testimony.

Witness after witness took the stand Tuesday in the trial of Curtis Reeves, the man accused of fatally shooting Chad Oulson in a Wesley Chapel movie theater back in 2014. Tuesday's testimony painted the defendant as angry and aggressive, moments before he pulled the trigger.

On Wednesday, a medical examiner demonstrated how Oulson was shot while his wife's hand was on his chest, pulling him back. The jury also saw graphic images of Oulson's autopsy.

"I believe that her pinky finger is bent back a little bit like this," explained Dr. Jon Thogmartin, "and a bullet comes in goes through this finger pierces the top of that finger goes into Mr. Oulson‘s chest."A paramedic also testified saying he flushed Reeves' left eye with water and didn't see an injury.

Later, prosecutors switched from science to speculation. The doctor was asked what type of injuries could someone wearing glasses suffer from a cellphone being thrown.

"If you’re gonna get impacted significantly glasses will protect your eyes to a good degree," Dr. Thogmartin offered. "If it’s an injury it’s so subtle it would not immediately stand out to me in the photograph."

The defense claims Oulson threw his cellphone at Reeves moments before the shooting, but prosecutors say that's not true. They said surveillance video doesn't show it and witnesses in the theater never saw it.

Throughout the week, those who were in the same movie theater as Reeves and Oulson back in 2014 when the deadly shooting took place took the stand – including Chad's wife, Nicole.

Charles Cummings was the first witness to testify. He said he remembers the two men arguing and seconds later, popcorn being thrown.

"Popcorn in the air then a flash, bang," Cummings recalled Tuesday in court.

He said after the shooting, he heard Oulson say something.

"He said ‘I can’t believe he shot me,’ recalled Cummings.

Nicole took the stand Monday, explaining in her own words what happened back on January 13, 2014.

Nicole Oulson told the jury how her husband, Chad's encounter with Curtis Reeves during the previews of a matinée movie went from slightly tense conversation to gunfire in a matter of minutes.

"I see his eyes were just glazed over and I knew at that moment," she explained. "I told him, ‘Chad, we need you, please hang in there, we need you.’"

She said Chad was quietly scrolling on his phone before the movie started when Reeves leaned forward and told him to put the phone away. Nicole said her husband may have been waiting for a message from their daughter's preschool.

When Chad Oulson did not put the phone away, Reeves left to get theater management. When he came back, she says her husband had put his phone away. However, the argument continued to escalate.

She said the next few seconds went by quickly. Despite that, attorneys made her recall it, second by second, having her stand near a poster where a photo of the theater seats leaned on an easel for the jury to see.

She says she didn’t see the moment that Oulson threw popcorn on Reeves, nor any other aggression until that fatal shot. She says she was trying to tap her husband to get him to turn around, and that’s when Reeves fired. But the defense argued that as a retired police captain, Reeves would be able to recognize a dangerous situation.