Rod Murphy had just gone outside to turn off the sprinklers when lightning struck a small tree in his neighbor's yard across Granada Road Saturday.

Murphy said the bolt hit about 75 feet from where he was standing, momentarily blinding him with a bright white flash.

"Lightning is nothing to play with," Murphy said. "It wasn't raining. It was nice and warm. It was cloudy, but that was it. And then boom!" 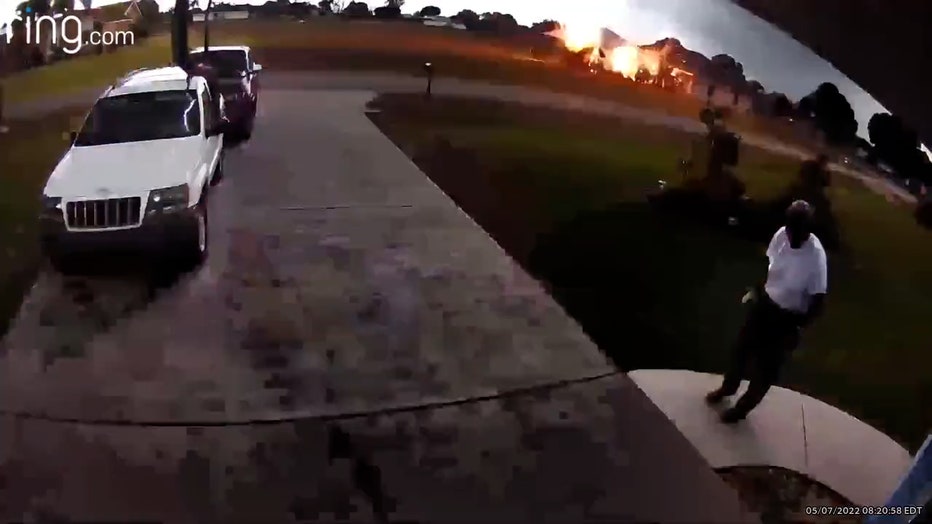 In the video, Rod Murphy pulls his hands to his chest at the moment of the strike. Behind him, the ground appears to explode upward and small fire ignited under the blast.

Murphy said he was so shaken by the blast that he wasn't sure if he was alive at first. 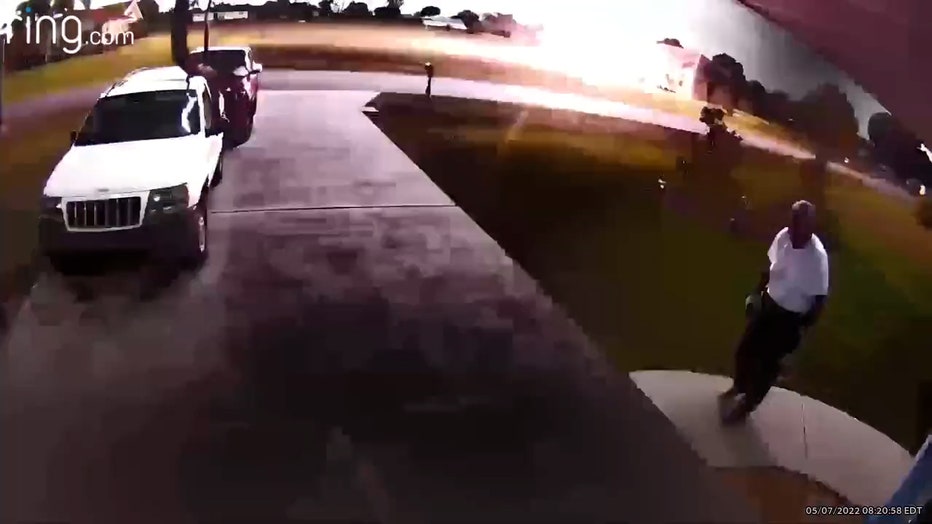 "You're standing here and you get this big vibration and I thought that was it," he said. "Only two things happen when you get hit by lightning: you die or you get knocked out, you don't know what's going to happen. And I thought I was a goner."

Murphy's wife, Denice, was in bed at the time and still can't believe what happened.

"I heard a kaboom! It literally sounded like a bomb had exploded," she said, adding she couldn't believe how calm her husband seemed when she watched the video. "That's when we were like, oh my goodness, this is horrible and funny at the same time." 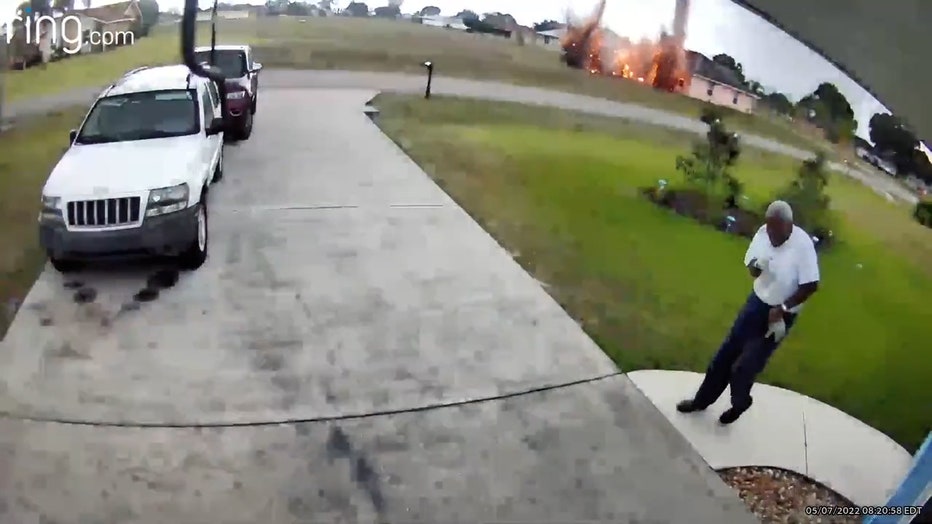 "You know how sometimes you can hear a big bolt of lightning explode, and you say, 'Well, that was close?' Well, this literally was close," added Rod.

No injuries were reported, but neighbors were shaken by the experience.