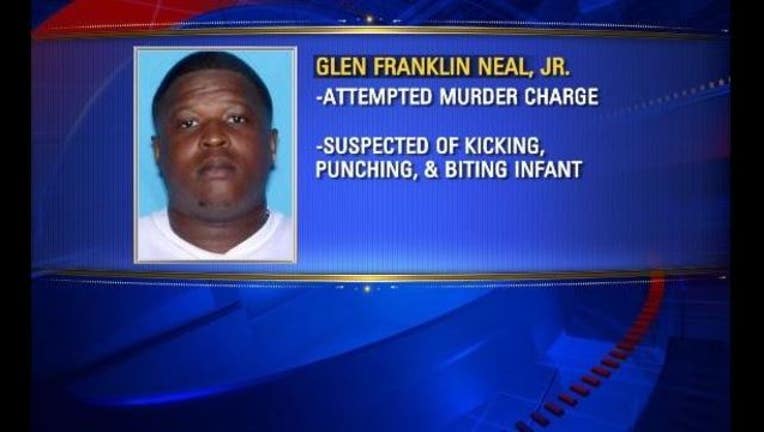 The man accused of trying to kill an 11-month-old baby is in custody.

The baby boy is fighting for his life in the hospital.  He reportedly has a severe head injury and bleeding on his brain from being kicked, punched and bitten- nearly to death.

Detectives have not yet said what Neal’s relationship is with the baby, but they did say Neal was at the home with him when it happened, and was responsible for his care.

Neal has a violent criminal history, including arrests for child neglect, resisting arrest, fleeing to elude, cocaine possession and battery upon a law enforcement officer.