From wrongful conviction to Bucs game

TAMPA, Fla. - It's not just that Robert DuBoise wondered if he'd ever get out of jail. It's also that he assumed he'd never experience anything resembling an NFL game.

But that's exactly what happened Monday night as the Tampa Bay Buccaneers took on the St. Louis Rams.

"It is kind of mindblowing for me," DuBoise said. "Because I have never been in a place like this. For the Bucs to invite me to the game like they did, it makes me feel really good."

The Bucs invited him after DNA evidence cleared him of the murder of a 19-year-old teen, for which he was in prison for the last 37 years. DuBoise was released in September.

Monday night, instead of being in jail, he was in the same stadium as Tom Brady and the Bucs.

"A few months ago I could not have imagined this, in my wildest dreams, I could not imagine it," DuBoise said.

This is part of his crash course on life on the outside.

"Being able to know I can be with my family when I want to be, not having an officer tell me I can't hold their hand, or they have to leave at a certain time," DuBoise explained.

The 56-year-old came to the game with family and staff from the Innocence Project, which helped free him.

He wore their name on the back of his jersey.

"If they know you are innocent, they will fight without end," he said. 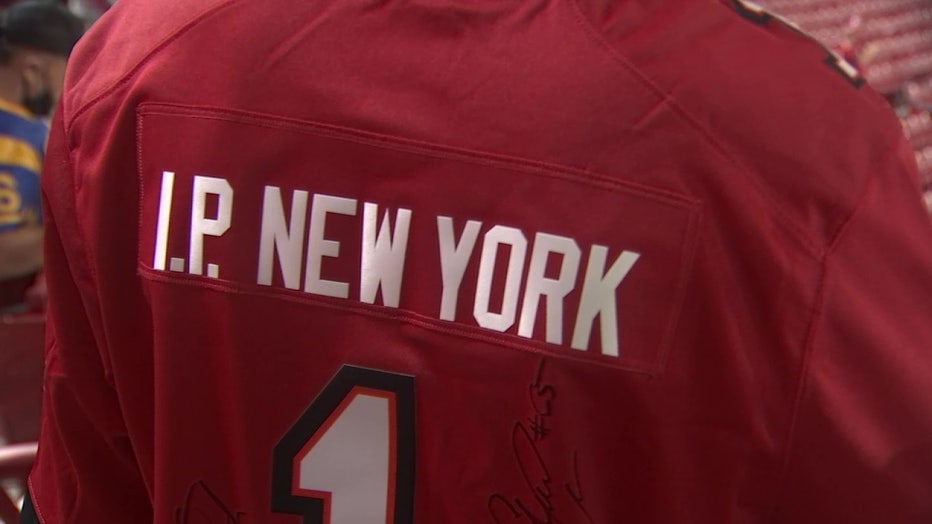 No matter how old you are, or what you have been through, make no mistake: you never forget your first game.

"I am not going to forget any moment. Not even this conversation. None of it. Trust me. That is one thing I have, is a good memory."