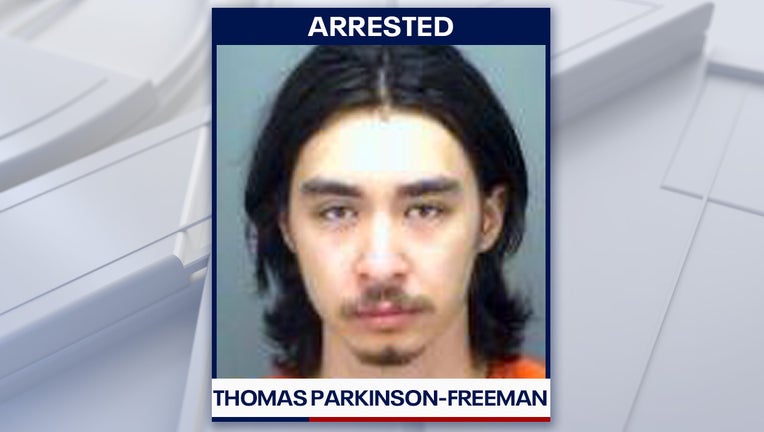 GULFPORT, Fla. - A man shot and killed his twin brother as they were joking around in their parked SUV outside of their Gulfport home, police said.

Gulfport police say Thomas Parkinson-Freeman and his brother Mathias were sitting in an SUV parked outside of their home in the 5600 block of 25th Avenue South, along with a mutual friend, around 7 p.m. Sunday.

The three people talked and joked in the vehicle, where investigators said there was no indication of any sort of conflict.

At one point, Mathias pulled out a gun and pointed it at his brother. That's when police said Thomas responded by pulling out his own gun, pointing it at Mathias and pulling the trigger.

Investigators said Mathias was killed after he was struck in the face by a bullet.

Officers found a pipe with marijuana residue inside the SUV, but say it is unknown if any of the men were under the influence.

Detectives concluded that Thomas was not acting in self-defense when he drew and fired his gun because he told investigators he was not in fear and did not believe his brother had any intention of shooting him.

"Thomas said that he reacted automatically based on training and that he does not know why he did so," police said.

Officers charged Thomas with manslaughter, a second-degree felony. He is being held at the Pinellas County Jail.