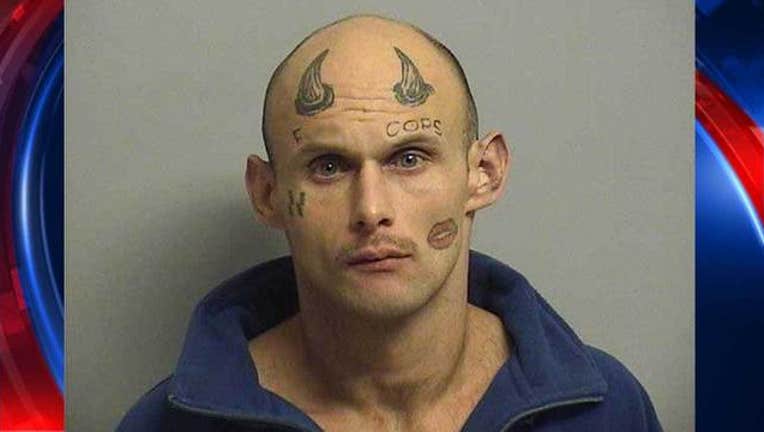 TULSA, Okla. (AP) — An Oklahoma suspect accused of robbing another man at knifepoint has been arrested after the victim described his attacker's distinctive facial tattoos, including a pair of horns and an anti-police obscenity.

Ashley says Terry was arrested the next day, adding: "He wasn't hard to identify."

Jail records don't indicate if Terry has an attorney.