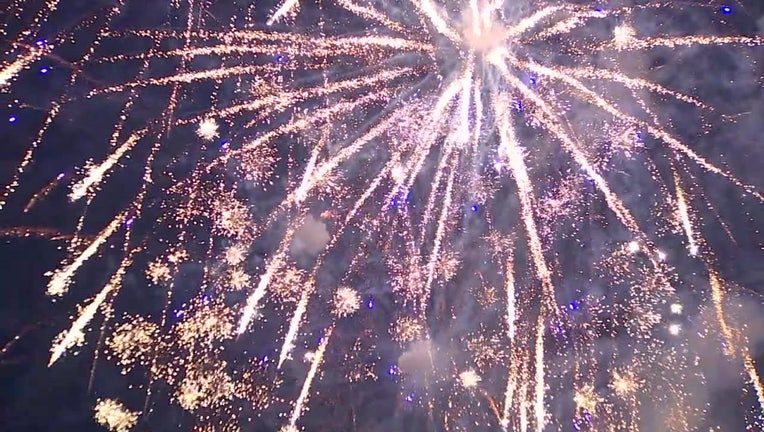 BRADENTON, Fla. - Manatee County and the cities of Palmetto and Bradenton announced Thursday that their annual Fourth of July fireworks show will be postponed until September.

The fireworks show over the Manatee River will be moved to the evening of Monday, Sept. 7, which is Labor Day. The decision was made by Bradenton Mayor Wayne Poston and Palmetto Mayor Shirley Bryant, in consultation with Manatee County Administrator Cheri Coryea.

Officials said moving the event was in the best interest of public health and safety. The new date would allow the local governments to be more safe and confident from a public health standpoint, while honoring front line workers "whose labor kept us going through the COVID-19 crisis," Poston said.

“First responders, law enforcement, health-care worker and grocery store workers, for example – so many people kept on working through this crisis, and we are all grateful," Poston added. "This fireworks celebration is to honor them.”

The fireworks are set off over the river for spectators who gather on the Green Bridge and along the river on both sides. The show will launch once it's dark, which in early September will be around 8 p.m.

More details will be announced as the event years, officials said.

Related: City of Lakeland cancels 'Red, White and Kaboom' Fourth of July celebration due to COVID-19