Costco updates mask policy for those with medical conditions

The retail giant is updating its COVID-19 policy to require all customers and employees to wear either a face mask or a face shield, except for children under the age of 2.

TOPEKA, Kan. - Government mandates that require people to wear masks in public help slow the spread of COVID-19, according to a new report by the U.S. Centers for Disease Control and Prevention.

The findings, published Nov. 20, also showed that communities without such orders can suffer a dramatic increase in new virus cases.

Among the state’s 105 counties, 24 adhered to the mask mandate — while 81 counties did not, according to the CDC. The counties that required face coverings in public accounted for two-thirds of Kansas’ population. 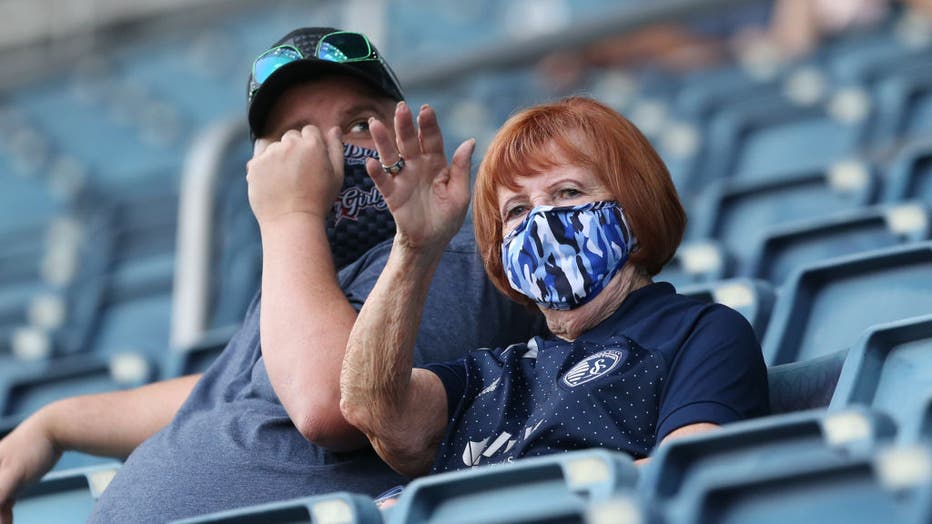 Socially-distanced fans with masks on are seen before an MLS match between the Houston Dynamo and Sporting Kansas City on August 25, 2020 at Children's Mercy Park in Kansas City, Kansas. (Photo by Scott Winters/Icon Sportswire via Getty Images)

At the time of the governor’s mandate in early July, new COVID-19 cases had “increased 467%” in counties that ultimately continued to follow the mask requirement. Also during this time, the counties that eventually chose to opt out of the mandate weren’t experiencing as dramatic of spread, roughly “six per 100,000” people, the CDC said.

But about six weeks later, the rate of COVID-19 spread dramatically increased — by 100% — in the counties that didn’t require masks in public places. The 24 counties that adhered to the mandate were able to control the spike in new cases previously reported, and actually saw a 6% reduction in new COVID-19 cases.

The figures were calculated as a seven-day rolling average of new daily cases per capita.

Mounting research shows that face masks can lower virus spread to others, while also protecting the wearer, too. Earlier this month, the CDC updated its on the subject and estimated that more than half of transmissions stem from asymptomatic people.

The agency said masks with multiple cloth layers are more effective in blocking tiny, potentially virus-laden particles from passing through and exposing the wearer to infection.

In one study, the CDC said 1,000 people in Thailand who wore masks during “high-risk exposures" dropped their chance of infection by 70%.  Another study of over 100 Beijing households revealed that masks lowered virus transmission to other people in the same home by 79%.

To date, a majority of U.S. states have some type of mask mandate, including recent orders in North Dakota, Iowa and Montana.

RELATED: Coronavirus restrictions by state: What you need to know