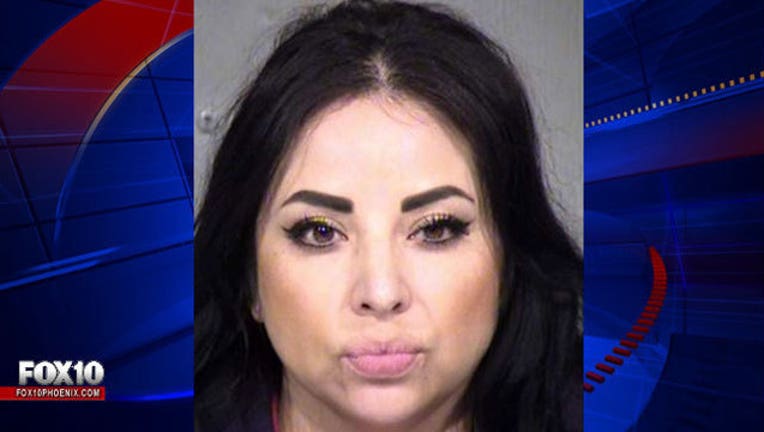 MESA, Ariz. (KSAZ) - A woman has been arrested after telling police she beat a 16-year-old teen after finding him in bed with her teenage daughter inside her Mesa home on Thanksgiving.

According to court documents, Jeanette Woods found the boy in her 16-year-old daughter's bed after the two had consensual sex. The two teens had fallen asleep when the boy says he awoke to Woods yelling at him and punching him in the face just after 1 a.m.

The boy says Woods was straddling him and repeatedly punching him in the face and body. The boy eventually broke free, but Woods chased him out of the house and down the neighborhood street, while continuing to punch him.

This continued attack by Woods caused the boy to vomit. Woods then stopped the attack, but told the boy that she was "going to get her cousins to take care of him." The teen left his belongings inside the home and left his car parked outside the home near Sossaman and Broadway.

Woods told police she grabbed a baseball bat and caused over $5,000 damage to the teen;s car. She then took his keys and moved the car away from her home and down the street.

Police responded to the home after a neighbor reported a suspicious vehicle. Police learned the teen's mother was the registered owner of the vehicle and that her son had taken the car.

Jeanette Woods has been charged with criminal damage, assault and unlawful means of transportation.