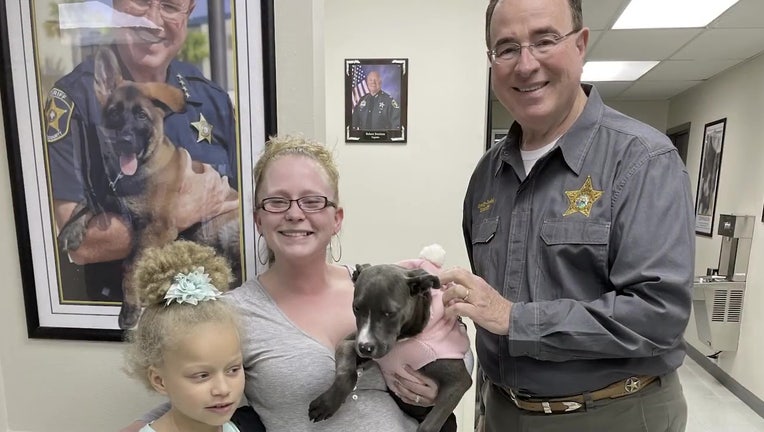 WINTER HAVEN, Fla. - A Polk County puppy has quite a tale to tell. The bulldog-mix puppy named Rosie disappeared from her Winter Haven home earlier this month leaving her family heartbroken.

Rosie got out through a fence on December 21, and the family feared their beloved pet had been stolen. To try to find Rosie, her family posted details about her disappearance on several missing pet's Facebook pages.

Several days after the puppy went missing, an anonymous person dropped it off at a Humane Society in Lincoln, Nebraska. The person told Humane Society staff they found the pup in Winter Haven, Florida.

Polk County Sheriff Grady Judd said due to airline regulations, Rosie had to be driven from Nebraska to Florida, which cost about $700. Polk County Animal Control used donated funds to bring Rosie back home to Polk County.

Judd proudly reunited the pup with her family on Saturday.