The man convicted in the 2018 killing of University of Iowa student Mollie Tibbetts, whose body was found in a cornfield weeks after she disappeared while out for a run, was sentenced on Monday to life in prison without the possibility of parole.

Cristhian Bahena Rivera was convicted in May of first-degree murder in Tibbetts' death. The former farmhand, who came to the U.S. illegally as a teenager, has been jailed since his arrest in August 2018 and declined to speak during the sentencing hearing.

Judge Joel Yates handed down the mandatory sentence for first-degree murder in Iowa, which does not have the death penalty. Earlier this month, Yates rejected Bahena Rivera’s request for a new trial.

"You and you alone forever changed the lives of those who loved Mollie Tibbetts," Yates told the courtroom.

Tibbetts, 20, vanished while out running on July 18, 2018, in Brooklyn, Iowa. She was reported missing the next day after she didn’t show up for her summer job at a daycare. Investigators recovered her partially naked, decomposing body from a cornfield a month later.

An impact statement by Tibbetts’ mother was read in the courtroom, which described the moment she found out from authorities that her daughter’s remains had been found. Tibbetts was remembered as a kind and bright young woman who was quick to help others and planned a career in child psychology. 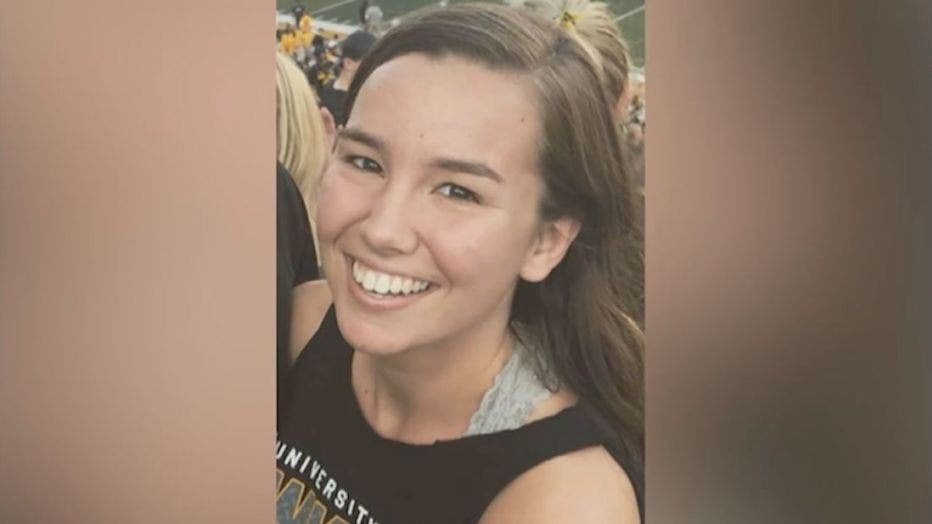 During questioning by police, Bahena Rivera acknowledged that he encountered Tibbetts as she was running, and he led investigators to the field where her body lay hidden under cornstalks.

But during his trial, he claimed publicly for the first time that two masked men kidnapped him at gunpoint from his trailer, forced him to drive to where Tibbetts was running on a rural road, killed her, put her body in his trunk and made him dispose of it. He said he didn’t tell investigators about the two men earlier because they had threatened to kill his ex-girlfriend and young daughter.

Bahena Rivera was to be sentenced in July, but toward the end of the testimony portion of his trial, two new witnesses came forward independently of one another and told police that a local 21-year-old man told them he had killed Tibbetts. Defense lawyers requested a new trial based on that and other newly discovered information, and Yates had agreed to postpone sentencing while he considered their request. The motion was later denied on Aug. 2. 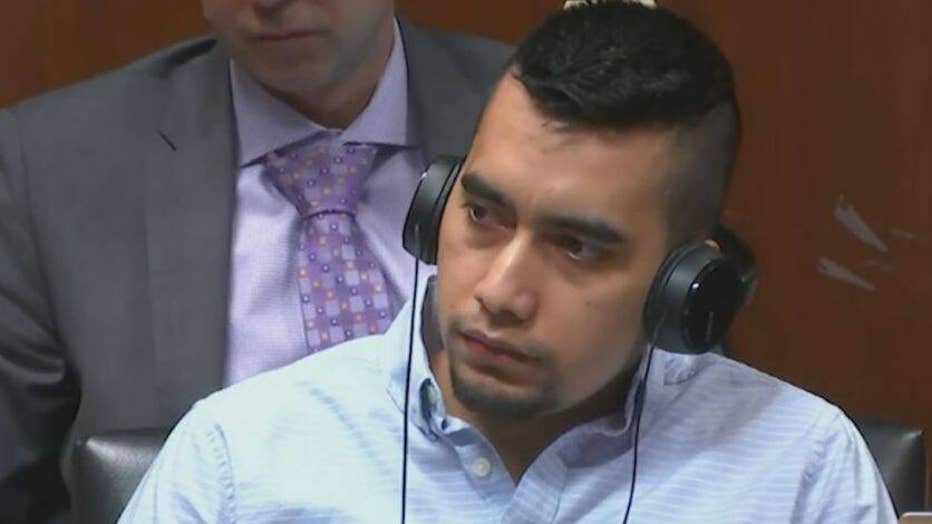 Cristhian Bahena Rivera is pictured in a screengrab from a video taken during the trial. (Source: FOX Edge)

Prosecutors built their case on surveillance video showing Bahena Rivera driving in the vicinity of where Tibbetts disappeared while jogging, on DNA evidence showing that her blood was found in his car's trunk, and on the partial confession.

Prosecutors have said they were confident that Bahena Rivera killed Tibbetts and they pointed out that his own account of what happened didn’t align with what the two new witnesses told police. They called his testimony a work of fiction and a unanimous 12-member jury found him guilty.