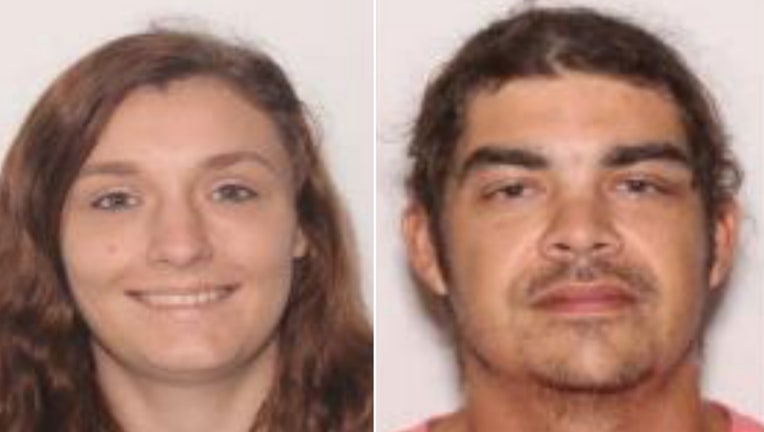 TAMPA, Fla. - A mother and her boyfriend face several charges, including armed kidnapping, after Tampa police say they abducted the woman's 4-year-old son at the center of Wednesday night's statewide Amber Alert.

Tampa police said Kami George, the boy's biological mother, and her boyfriend Matthew Leighton both showed up at the child's daycare facility on Wednesday while the little boy's foster parent was picking him up.

According to investigators, Leighton held the child's foster parent at knifepoint while George removed the boy from the victim's car.

Leighton and George then fled with the 4-year-old, injuring the foster parent with their car's door in the process, police said.

The kidnapping sparked a statewide Amber Alert Wednesday night as law enforcement across Florida began searching for the trio.

Hours later, investigators said they located the 4-year-old in Taylor County, in Florida's Big Bend area, along with George and Leighton. Taylor County is approximately 220 miles north of Hillsborough County.

George and Leighton were both arrested and each charged with armed kidnapping, aggravated battery with a deadly weapon, and interference with custody. Police said additional charges are possible since the investigation is ongoing.