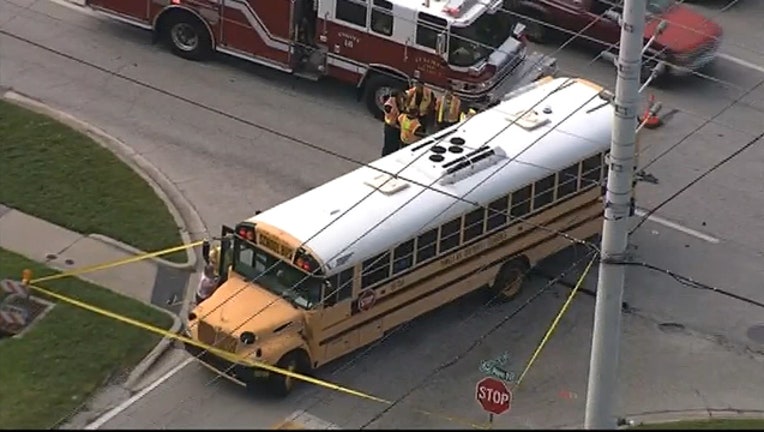 ST. PETERSBURG (FOX 13) - A motorcyclist was run over and killed by a school bus in Pinellas County Tuesday.

The crash happened just before 5 p.m. in a residential area, at 28th Street North and 62nd Avenue North.

Both roads were blocked while investigators tried to figure out what happened.

The bus was transporting four Nina Harris School students. No one on the bus was injured.

Pinellas County schools said the parents picked their children up from the crash scene, but an alternative school bus was also available to transport them home.

Support services will be available to the students and staff who witnessed the accident.