LAKELAND, Fla. - Two men and a woman are in custody following a multi-county vehicle chase that began in Tarpon Springs Sunday morning.

According to Tarpon Springs police, a woman said she was robbed at gunpoint around 7:50 a.m. by suspects who she believes followed her home from her job in Tampa.

Police say one of the suspects approached her, pointed a handgun at her and stole items on her body, while a second suspect took items from the front seat area of her vehicle. 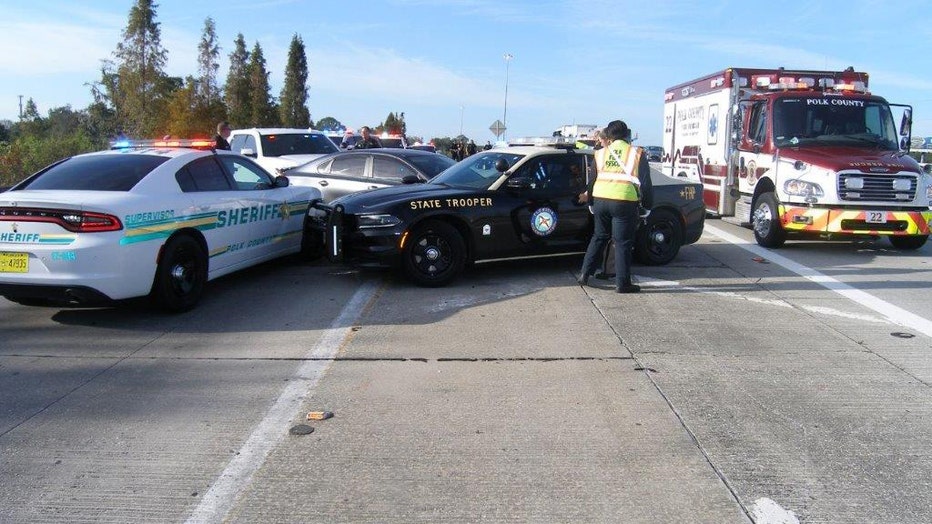 The suspects fled the scene in a vehicle and were spotted by a Tarpon Springs Police Department patrol unit who tried to stop them. The officer chased the suspects when they refused to stop.

While pursuing the suspects, the officer was involved in a crash at East Lake Road and Tampa Road in Palm Harbor and Pinellas County Sheriff's Office units continued the pursuit, which traveled eastbound on I-4. 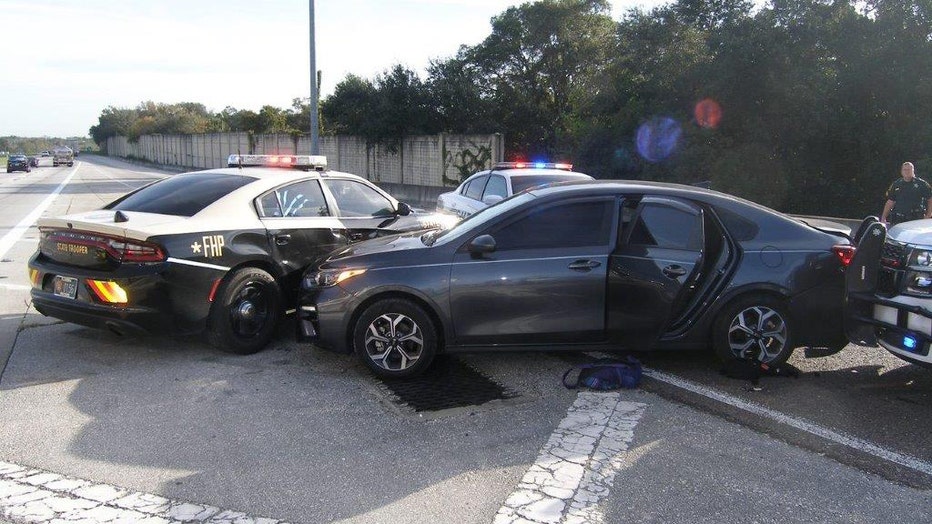 The Florida Highway Patrol helped stop the suspects' vehicle on I-4 near US-98 in Polk County. A trooper used a pit maneuver to end the chase. A trooper’s car was struck by the suspects’ vehicle. The trooper suffered minor injuries.

All three suspects were taken into custody.

TSPD detectives anticipate charges of armed robbery forthcoming for the suspects, who are in the process of being identified.

The officer involved in the crash was not injured.