SARASOTA, Fla. - The fire started just after midnight, and in a matter of minutes, three houses were burning and two would be destroyed.

Mike Kuhn recorded as flames roared into the air along the 1800 block of Hawkins Court in Sarasota. Nextdoor, the Gilmartins were inside watching a movie.

"We saw some glowing, we just opened the door," said Kara Gilmartin.

Feet away from their home, flames soared as they inched closer and closer.

"As soon as I saw, I went out and I tried the hose and I hosed everything down, but the hose doesn’t have enough pressure," said Krisztina Gilmartin.

As Krisztina Gilmartin worked to try and save their home, her family began to worry about their neighbors. Her husband and others rushed to make sure they were out. 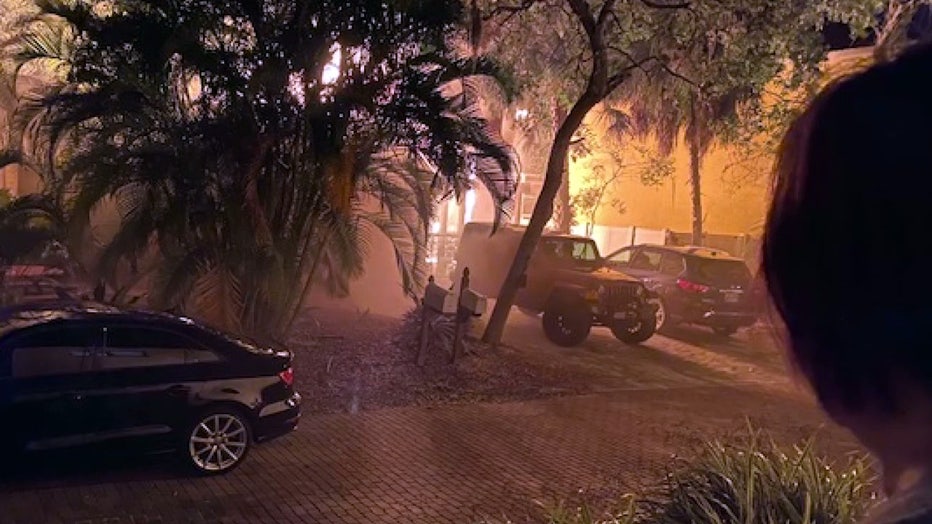 "He said, ‘What can I do? I said, ‘Go and wake up the next-door neighbor. Maybe they are sleeping.’ He ran in and he was," said Krisztina.

After getting everyone to safety, firefighters arrived. The Gilmartin family left their home.

"We didn’t know if our house was going to go up in flames," said Krisztina.

The three-alarm fire took over an hour to extinguish.  Once the flames were put out, the damage was evident. 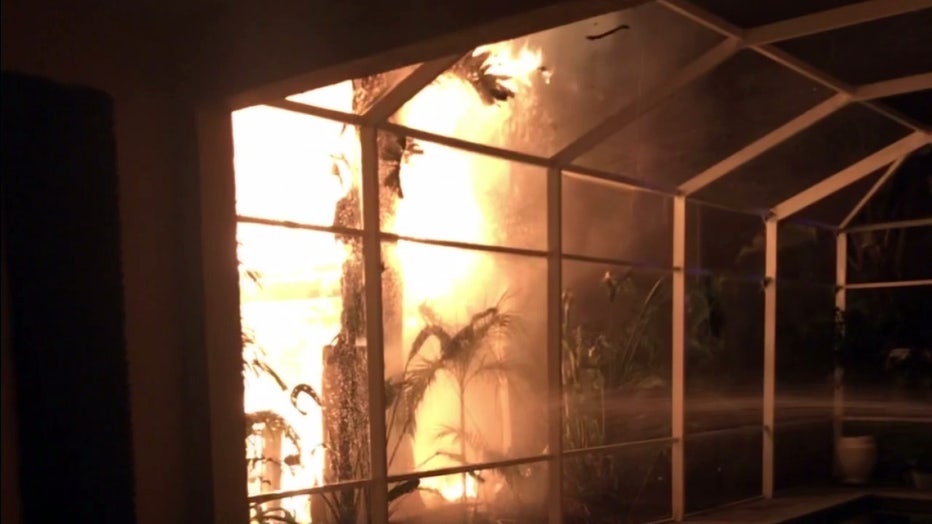 A neighbor lost their dog in the fire. Two families lost their homes, but every human life was spared.

"We are so lucky, not just that we are lucky, but the community came together so quickly, and everybody was inquiring about the other person – ‘Did everybody get out? Is everybody OK, whatever?’" said Krisztina.

The Gilmartins’ home was damaged. Heat from the fire cracked their windows and melted their pool cage.  Their roof has damage as well.

Knowing what could have happened has left them feeling thankful for each other. 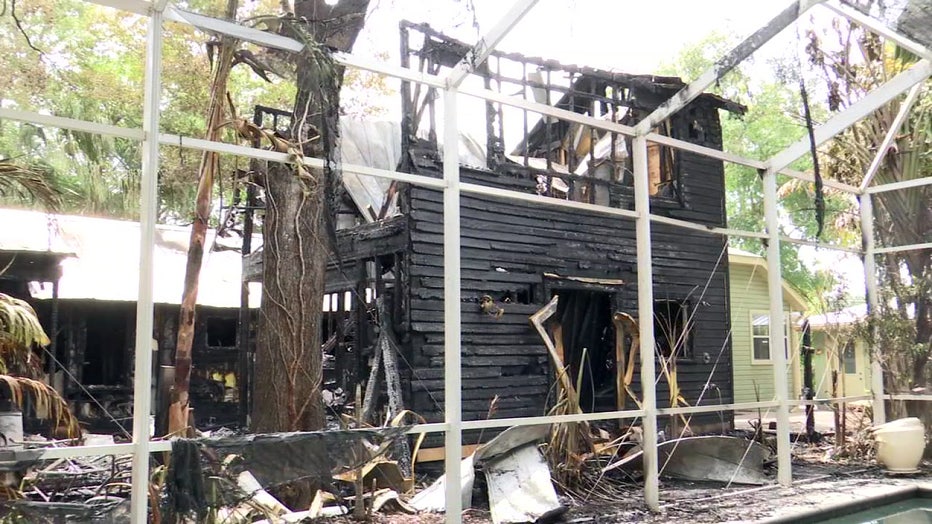 "Something like this happens and it reminds you, even more, to be just so grateful to be alive, just honestly," added Kara.

The state fire marshal is investigating and trying to pinpoint what started the fire.