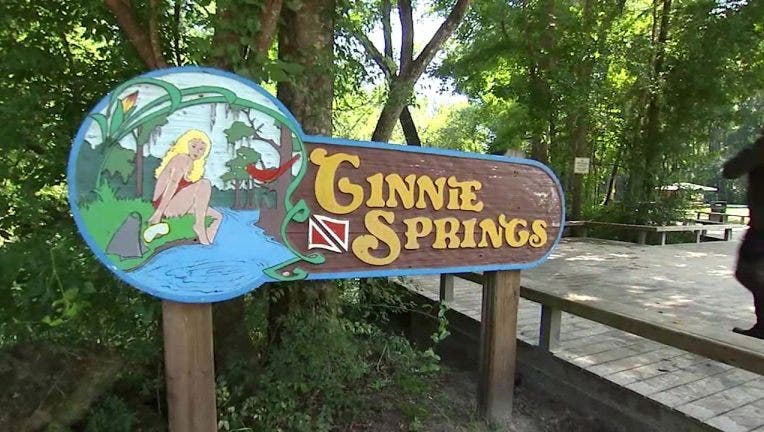 TALLAHASSEE, Fla. - Nestle Waters North America will be able to ramp up bottling to nearly 1 million gallons of water a day at a North Florida plant after a permit was approved Tuesday over the objections of opponents who said it will continue degradation of the state’s natural springs and rivers.

After hours of public comment, mostly opposed to the proposal, the Suwannee River Water Management District Governing Board approved a permit application from Seven Springs Water Co. that will help Nestle expand its bottled-water operations in Gilchrist County.

Board members said the vote was taken under protest to keep open the ability to challenge an administrative law judge’s recommendation backing the permit. Yet a couple of board members said after the vote the issue has been vetted for nearly two years, and they weren’t ready to spend more on a challenge.

"If we go back and spend thousands of dollars on appeal on a technicality, I'm not in favor of that," board Member Larry Thompson said.

Environmentalists, considering their own legal challenge, said approval of the application will lead to further degradation of springs and rivers that are already requiring millions of dollars in restoration efforts. They also contended the permit, which had a $115 application fee, involves giving away natural resources without adequate compensation.

"This is not something that will benefit in any way, shape or form this county and any other county," professional mermaid Michelle Colson said. "Nestle already bottles water in five different springs to be exact, and they don't need this water, putting our spring water in bottles that are then going to end up in the rivers and the oceans, in landfills. It's just not a good use for our spring water that as we all know is already in danger."

Joe Little, an attorney representing Florida Defenders of the Environment and Our Santa Fe River, said his groups will discuss plans to legally challenge the permit for failing to provide a monetary benefit to the state as Nestle will pay Seven Springs to draw a projected 400 million gallons of water a year from the Ginnie Springs area.

"If the district grants this permit without requiring it to be amended to provide for payment of substantial amounts of money to the state of Florida, it is not consistent with the public interest of Florida," Little said. 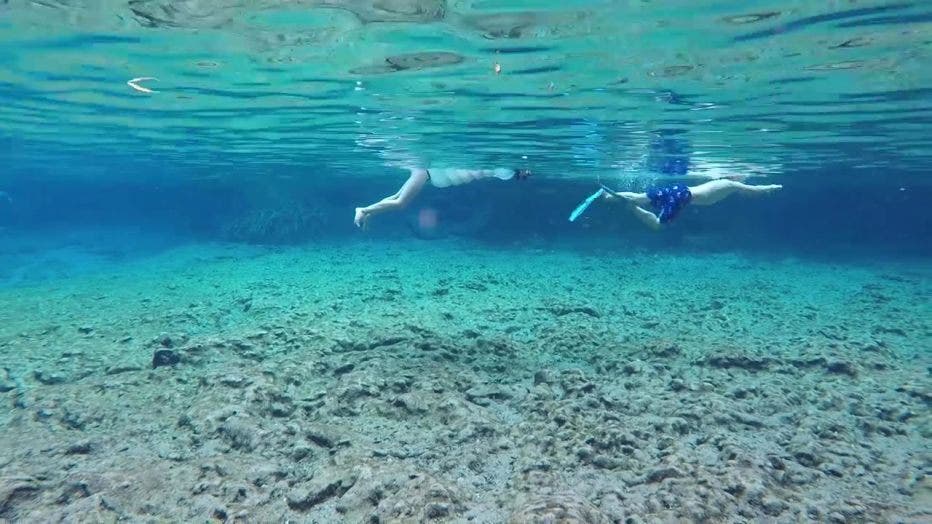 "The fact that a private company with a small permit fee can be granted permission to pump upwards of a million gallons of water constantly is something that every Floridian should be upset by, no matter where you live in the state," Eskamani said in an online news conference after the meeting.

"They found that there wouldn't be environmental impacts, there was not going to be any issue with the pumpage and reductions in spring flow or the river," Manson said. "So, those issues were looked at by staff before you got to the (administrative) proceeding."

Manson added, "We believe that after two years of going through this, an immense amount of money that it took from Seven Springs to be able to defend the permit, that at this point, there should be a finality to it."

Nestle factory employees, who expressed concerns about the future of the plant and their jobs, and the county government backed the permit.

Gilchrist County Administrator Bobby Crosby said the bottling permit is tied to $545,783, or about 7 percent, of annual ad valorem and personal property taxes.

"With around 35 percent of our citizens only paying (property) taxes, that 7 percent is a very large number to us," Crosby said.

Seven Springs applied to draw 984,000 gallons a day from the aquifer that serves as a source for the Ginnie Springs area and pipe it to the Nestle plant.

Seven Springs, which is headed by owners of the private Ginnie Springs Outdoors park along the Santa Fe River, has an expiring 20-year permit that allows 1.152 million gallons of water a day to be pumped. Until the new permit application was filed, top demand for water at the Seven Springs site reached 265,900 gallons a day.

Nestle plans to expand output of the plant by updating one old production line and adding two new production lines over the next five years, the life of the permit.

The water management district last year indicated it would not approve the permit, spurring Seven Springs to file a challenge in the state Division of Administrative Hearings. In part, the district pointed to the water being used by Nestle, while the permit would be held by Seven Springs.

An effort to impose a 12.5-cent-per-gallon tax on water bottled from Florida’s springs was tabled Tuesday before facing the possibility of being defeated in a split Senate Commerce and Tourism Committee.

Last month, Administrative Law Judge G.W. Chisenhall issued a 44-page order recommending that the district approve the permit, writing Seven Springs, which has supplied water to the local bottling plant since 1998, has "provided reasonable assurances, supported by competent, substantial evidence during the final hearing" that the plant would be able to process the requested amount of water.

"Seven Springs provided competent, substantial, and unrebutted evidence of the contractual obligation between it and Nestle, and of the obligation for all water to be used at the … bottling plant," Chisenhall wrote. "Thus, the district now has reasonable assurances that all of the water withdrawn by Seven Springs will be utilized for a beneficial use, i.e., bottled water for personal consumption."

Under administrative law, Chisenhall’s recommended order had to go back to the water management district for final action.