Meteorologist Jim Weber gives an update on the tropics with two areas of interest out in the Atlantic.

NOAA predicts we will see 15-21 named storms, which is above the average of 14. Seven to 10 of those storms will become hurricanes with three-five being major hurricanes.

FOX 13 Meteorologist Jim Weber says the updated prediction makes sense given all of the activity the Atlantic has seen in the past few years. 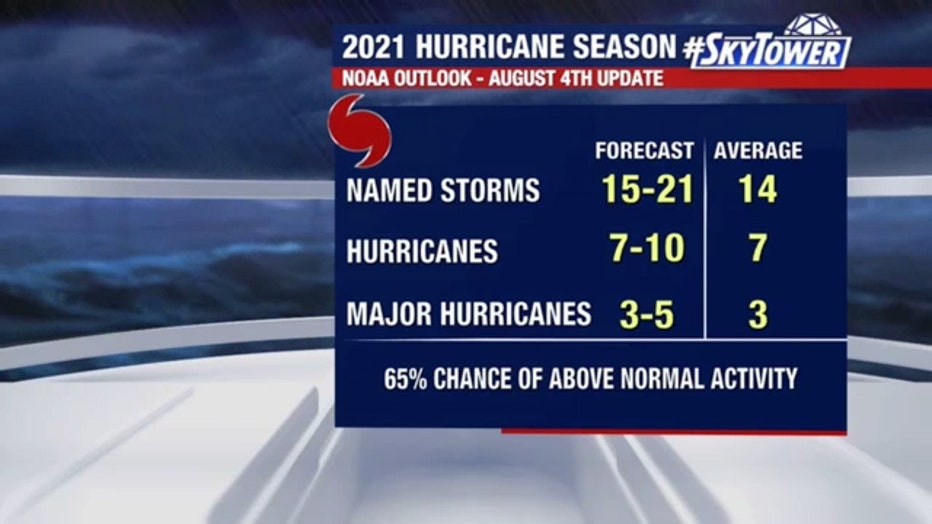 Last year, NOAA also predicted an above-average season, citing conditions similar to what’s expected this year. And the 2020 Atlantic hurricane season ended up not just breaking the record for the number of storms, but shattering it.

Weber says there isn’t a lot going on in the tropics at the moment thanks to the Saharan dust layer making its way across the Atlantic.