Anthropologist weighs in on cemetery search

TAMPA, Fla. - Hillsborough County commissioners voted unanimously Thursday to partner with the University of South Florida to fully investigate where and how many forgotten graveyards might be on county-owned property and how to handle the ones that are re-discovered.

USF forensic anthropologist Dr. Erin Kimmerle presented data showing at least 45 cemeteries or burial sites - which may have been destroyed, disturbed, or are at-risk. Kimmerle, however, believes there might be many more, because her report only consists of what can be found in the county's written records.

It excludes locations that were never recorded.

"We've been doing basically background research and trying to get a handle on where the different cemeteries are and what is their status and that's been pretty preliminary, up until this point," Kimmerle said. "Now that we're doing it for the county, we can get into it much deeper."

The county commission's decision comes as the search for lost graves continues throughout the Bay Area.

Last year, archeologists located hundreds of forgotten African American graves, many connected to the Zion and Ridgewood Cemeteries, but were victims of 20th Century development. 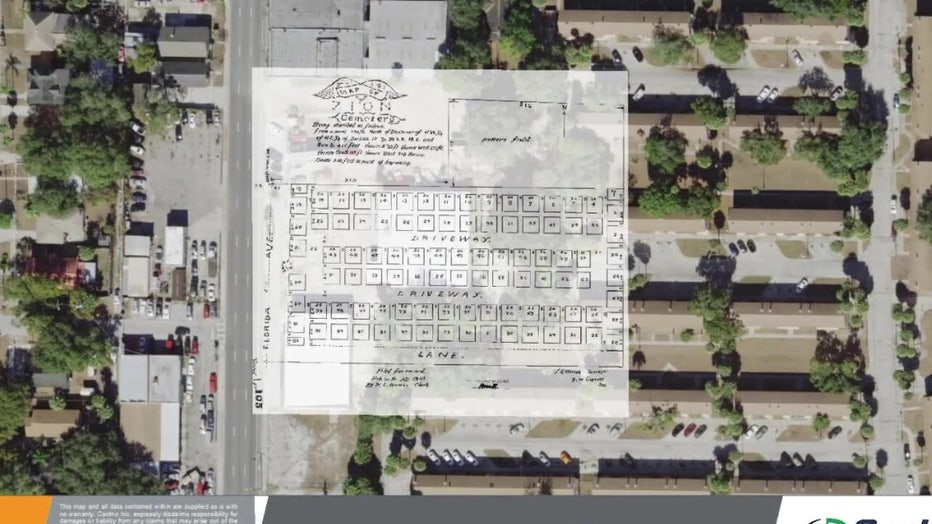 County officials believe this is the right time to begin intensifying this effort.

"We think that there's an obligation to do this research to identify any properties that we may have that have either lost cemeteries or burial grounds on those," said John Lyons, Hillsborough County's public works administrator.