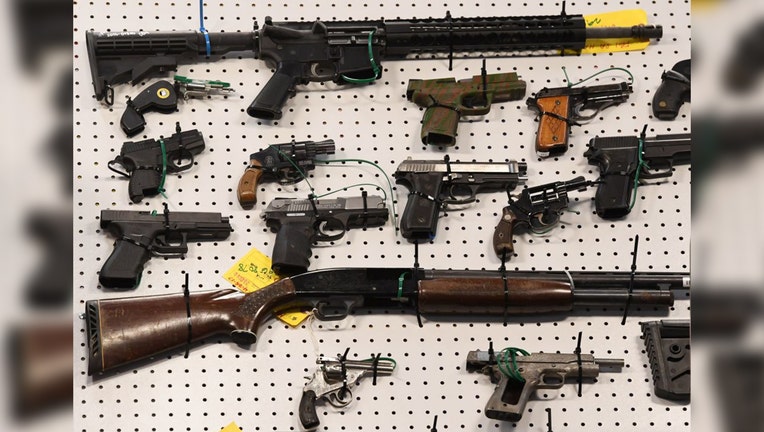 TALLAHASSEE, Fla. - The National Rifle Association on Wednesday went to a federal appeals court after a judge last month upheld a Florida law that prevents people under age 21 from buying guns.

The NRA, which challenged the constitutionality of the law after it passed in 2018, filed a notice of appealing the ruling by Chief U.S. District Judge Mark Walker to the 11th U.S. Circuit Court of Appeals in Atlanta.

The notice, as is common, did not detail the NRA’s arguments. But Marion Hammer, the organization’s longtime Florida lobbyist, said in an email that the NRA is pursuing the appeal to "protect the constitutionally guaranteed rights of all law-abiding adults."

The Republican-controlled Legislature and then-Gov. Rick Scott approved the law shortly after the February 2018 mass shooting at Parkland’s Marjory Stoneman Douglas High School that killed 17 people. Nikolas Cruz, a former Marjory Stoneman Douglas student who was 19 at the time, has been charged with using a semi-automatic rifle to murder the victims.

The law prevents the sale of rifles, shotguns and other long guns to people ages 18 to 20. Federal law already barred sales of handguns to people under 21.

In his June 24 ruling, Walker wrote that he was following precedent from the appeals court in upholding the law, though he also described the case as falling "squarely in the middle of a constitutional no man’s land."

One of the issues in the case is how to apply a landmark 2008 U.S. Supreme Court decision known as District of Columbia v. Heller. While the Heller case is broadly considered a major victory for gun-rights supporters, it also said certain "longstanding prohibitions" about guns do not violate the Second Amendment, according to Walker’s ruling.

The Heller case cited prohibitions on such things as felons and mentally ill people possessing guns. Walker concluded that restrictions on 18-to-20-year-old people buying guns were "analogous" to the restrictions cited in the Heller decision.

But in her email Wednesday, Hammer, a former national president of the NRA, said banning people under 21 from buying guns conflicts with the Heller decision.

"There is no question that 18-to-21-year-olds are adults in the eyes of the law and the Constitution," she wrote. "To deny those younger adults their rights because of the actions of criminals is nothing less than political discrimination and it is inconsistent with the Heller decision by the U.S. Supreme Court. The district court agreed this was unfair but ruled his hands were tied by Eleventh Circuit precedent."

In a court document filed last year, however, Attorney General Ashley Moody’s office argued that the law "follows a long tradition of laws conditioning the purchase of firearms on the purchaser’s having obtained the traditional age of majority --- 21 years of age." Also, the document said that while the law prevents people ages 18 to 20 from buying guns, it doesn’t prevent them from having guns that, for example, they received as gifts.

"Florida’s age qualification is reasonably calculated to advance the state’s interest because it applies only to the purchase of firearms," the filing by Moody’s office said. "Any law-abiding person over the age of 18 may gift, loan or allow the use of a firearm to an otherwise qualified person over the age of 18, who may in turn keep and use that firearm for any lawful purpose, including home defense, hunting, sport and practice shooting. The sale-gift distinction is aimed at a uniquely dangerous problem --- the purchase of firearms by 18-to-20-year-olds absent the judgment of a parent, guardian, or other law-abiding adult that the individual is prepared for the responsibility of gun ownership."

But while he ruled for the state, Walker wrote that he has "grave concerns about the balance the Legislature struck." He pointed, in part, to how the law would apply to people who cannot get guns from relatives.

"Worse still, it is likely that these particular 18-to-20-year-olds are the ones who actually need firearms to defend themselves; they are likely independent, likely to live in dangerous neighborhoods, and likely to have families and children of their own," he wrote. "Why should the 20-year-old single mother living on her own be unable to obtain a firearm for self-defense when a 20-year-old living with their parents can easily obtain one?"