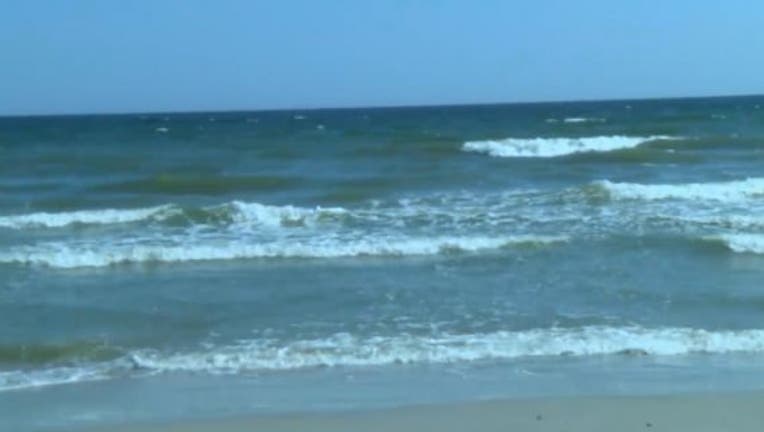 NEW SMRYNA BEACH, Fla. - A 64-year-old woman suffered a possible shark bite while she was sitting on a paddleboard in the water off a Florida beach, according to officials.

The woman was sitting on the board off of New Smyrna Beach on Friday morning when she was bitten on the foot, according to Volusia County Beach Safety Ocean Rescue Capt. Tammy Malphurs.

The woman suffered lacerations to her foot and was taken to a hospital, Malphurs said. It marks the first shark bite of the year in Volusia County, officials said.

Malphurs said the woman did not see what bit her but it was "presumed" to be a shark. She was in 8- to 10-foot (2- to 4-meter) deep water at the time, authorities said.

"On average we have about eight to 10 shark bites a year and they are all non-life-threatening," Malphurs told The Dayton Beach News-Journal in an email.

The woman was not immediately identified.