SPRING HILL, Fla. - The sheriff of Hernando County says three people were found dead after a fire "with domestic violence overtones" at a Spring Hill home this morning.

Firefighters say they initially were alerted to a fire at a house along Dunkirk Road with people still inside, along with reports of possible gunfire. Sheriff Al Nienhuis said two deputies and one supervisor entered the home and found the bodies of one adult, a preteen child, and a teenager.

The sheriff said the investigation is still in the early stages and deputies are not calling it a murder-suicide, though it appeared to be domestic in nature.

"We don't want to jump to conclusions, but that is one theory we are going to investigate," he added.

The mother was not harmed and was not in the home when the fire started. She is now talking to investigators. 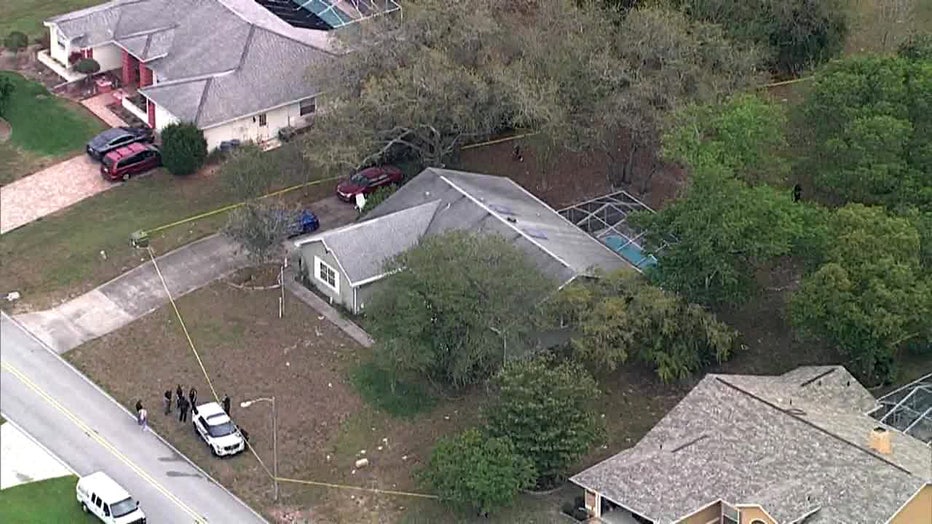 The view from SkyFOX appeared to show two sheets covering something just outside the home's front door. The entire home and yard was blocked off by crime scene tape.

The damage from the fire wasn't extensive and was quickly extinguished, the sheriff said. He said the flames were contained to one part of the home.

"One thing I do want to get out that's extremely important. We are dealing with very difficult times," the sheriff said during a press conference. "Sometimes life can be difficult as it is, but now that we're dealing with a pandemic, I do want to give out a couple of numbers that I would appreciate people to write down if they're feeling overwhelmed." 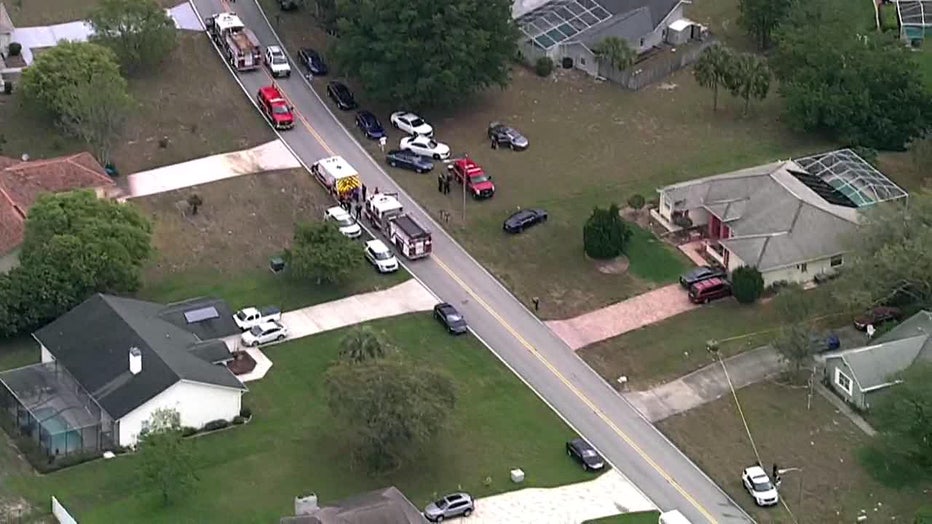 He provided the phone numbers for:

"Of course, individuals can always call 911," he added. "My deputies are here to help. Law enforcement is here to help. We will respond and try to get individual's help. This is a preliminary investigation but it seems to have domestic violence type overtones."

The full press conference with Hernando County Sheriff Al Nienhuis can be viewed below: