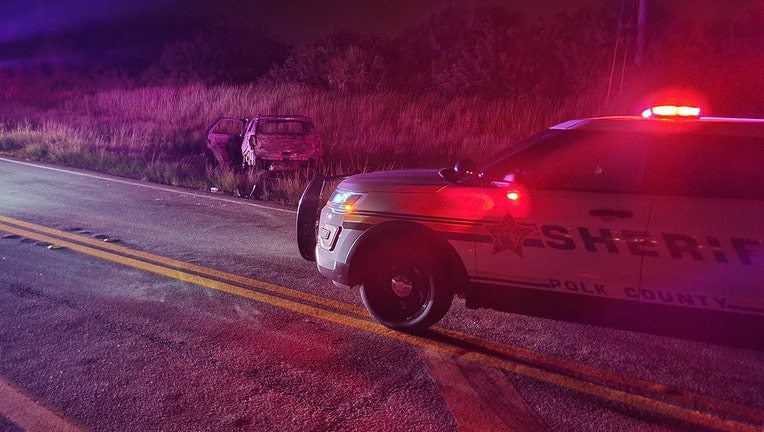 Deputies responded to the crash around 9 p.m. on K-Ville Avenue, just east of Rowell Street. Through the investigation, detectives said it appears the 26-year-old driver of a Ford Explorer was heading east on K-Ville when he crossed the center line.

Officials said the driver of the Explorer, an Auburndale man, exited the truck before "collapsing on the ground." He was taken to a local hospital and is expected to be OK.

The driver of the Chevrolet was taken to a hospital where he died from his injuries. Deputies identified him as 33-year-old Sean Rhodan of Lakeland.

A third vehicle, a white 2013 Dodge Dart, had minor damage from debris caused by the crash. That driver and her three passengers were uninjured.

Deputies said they are continuing to investigate the events leading up to it.