NEW PORT RICHEY, Fla. - It was a shipment that White Duck Espresso was waiting on.

"We usually have four weeks from when we order our labeled cups to when we get them," said coffee stand owner Robyn Matthews.

With the pandemic slowing shipments, Matthews says they were grateful to finally get their branded cups last week -- until they realized they weren’t their cups.

"We unwrapped them all and then realized half of our shipment wasn’t ours," she said. "Eighteen cases of cups, so 60,000?"

They belonged to Turning Point Beer, a brewery in the small town of Bedford, Texas, 40 minutes outside of Dallas.

"It had their label on it, and we ended up looking up their social media account, and saw they were very active," Matthews said. "So we tagged them in a post, and kept on talking back and forth, and just decided since they don’t have their labeled cups, we were going to drive them there." 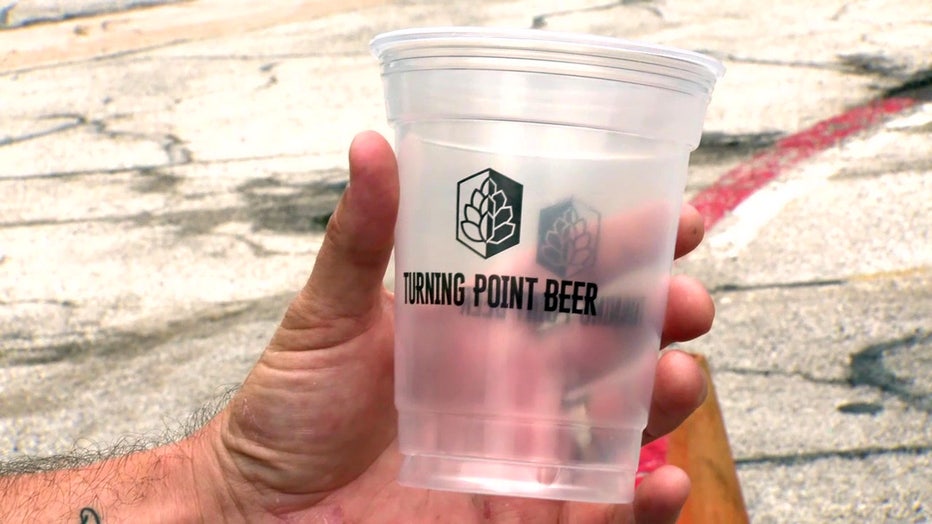 Since the cups were plastic and said "beer" on the front, Matthews felt it wouldn’t have been appropriate to use for a coffee shop. Plus, since they’d already opened the pallet, the shipper told them to toss all the cups.

Matthews says she and her husband Kyle just couldn’t let them go to waste.

"The order was bigger than our trash anyway, we couldn’t have done that – and I just couldn’t in good will throw away another company’s cups that I knew they had been waiting 15 weeks for," she said.

Last week, the couple rented an RV and set out with their young son on the 1,100-mile journey to hand-deliver the cups. 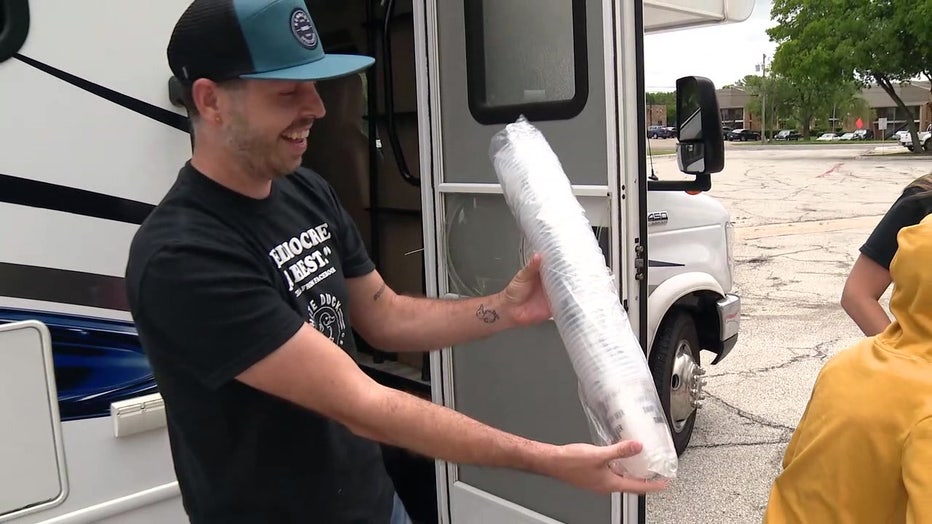 For John Paul Goytia, Turning Point’s owner, it was an amount of goodwill he’d yet to personally experience.

"It was amazing," he said. "We even had the mayor of the city of Bedford out here to greet them."

The brewery’s staff, and those following along on social media, greeted the Matthews family with welcome signs when they arrived, a welcoming party of sorts.

Matthews says the good deed was a way for them to reinforce why they started the business in the first place.

"We’ve always said, with opening this business, that we are going to take care of the people we have been given – and so when we got the cups, my first thought was, we’ve been given these cups, and we need to do well with it," she said. 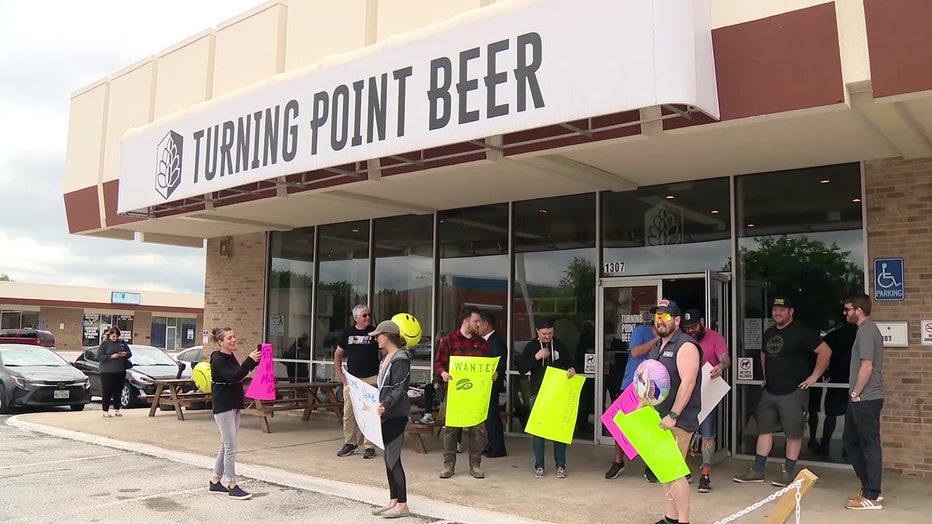 It’s an accident that will now tie these two small business owners together.

PREVIOUS: Beaming barista gets $2,000 tip, thanks to 'Venmo Challenge'

Turning Point Beer says Robyn and Kyle Matthews also brought a few bags of their coffee to give them. They say they plan on creating a special coffee-flavored stout inspired by the White Duck espresso beans.