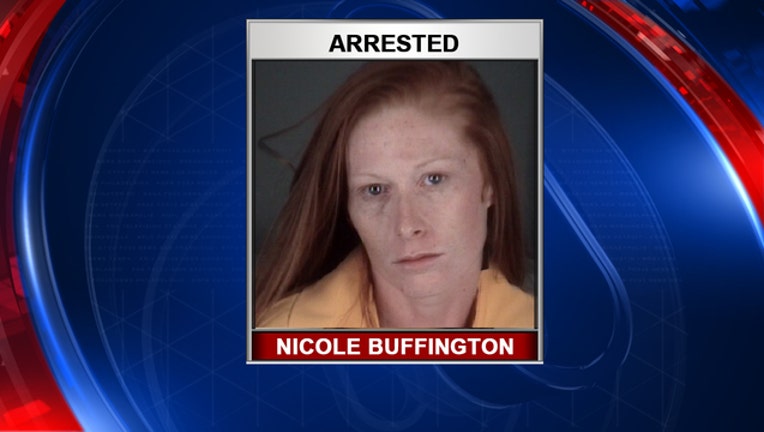 HUDSON (FOX 13) - A Port Richey woman was arrested for leaving two children alone with meth inside a parked car.

On Monday, Pasco County deputies responded to a report of the children, ages 1 and 7, inside the vehicle, which was not running. It was parked at a shopping plaza at 12125 U.S. Highway 19 in Hudson. Officials said some of the windows were cracked open but the it was still warm inside the car.

Deputies said during this time, they saw a small clear bag sitting on the driver’s seat, which later tested positive for meth.

The suspect, 24-year-old Nicole Buffington, was located inside of the Dollar Tree. Deputies said the children were left inside the car between 20 to 30 minutes, and bag of meth was accessible to the children.

Buffington was arrested and charged with possession of meth and child neglect.