Woman says she and others were groped at popular Halloween attraction

In early October, Lauren and a group of friends made a trip to Dade City to visit Scream-A-Geddon.&nbsp;The visit turned into a terrifying reality.&nbsp;

DADE CITY, Fla. - One of the Bay Area's top haunted attractions is under investigation after a Hillsborough County woman said an actor crossed the line, touching her inappropriately.

“I went there for entertainment and I left with something that’s going to live with me forever,” shared Lauren Klink.

In early October, Lauren and a group of friends made a trip to Dade City to visit Scream-A-Geddon. The visit turned into a terrifying reality.

The 22-year-old says she was violated by an employee inside a haunted house.

The attraction where she said it happened, Blackpool Prison, is interactive, meaning visitors have the option to  “be grabbed, held back, sent into hidden cells, removed from their group,” according to the Scream-A-Geddon website.

Those who opt-in wear a glow in the dark necklace. Lauren went for it, but what started out as fun soon took a dark turn.

“And as soon as I put it on, a scare actor came up from outside the house, grabbed me from my party and brought me inside,” she recalled.

Lauren says an actor touched her back as he guided her through the attraction. Then his hand went lower.

She told FOX 13's Catherine Hawley the man groped her on the backside three times, even after she said "no."

“And then, all the sudden, he squeezes it and I immediately think, 'This should not be happening,'” Lauren said.

She was able to get away and out of Blackpool Prison. One of her friends encouraged her to report what happened. After alerting a worker, Lauren says she was offered a beer.

“In that moment, I knew my situation was completely downplayed,” said Lauren.

The next day, Lauren took her concerns to the Pasco County Sheriff’s Office, and a battery investigation was launched.

FOX 13 News reached out to Scream-A-Geddon about the allegations and was sent this statement:

The recent accusation of assault inside one of our Scream-a-Geddon attractions on October 3 is currently being investigated by the Pasco County Sheriff’s Office. Scream-a-Geddon continues to fully cooperate with the Sheriff’s Office on this investigation and no charges have been filed at this time. We take these matters very seriously. Our organization does thorough background checks on every employee. The safety and security of our guests is paramount, and always a priority. All additional inquiries can be directed to the Pasco County Sheriff's Office.

Since speaking out about what happened, Lauren says dozens of other people have contacted her with similar stories. She feels helpless; however, she urges other victims to call the authorities.

“If this happened to you, I encourage you to speak up, do not be ashamed,” Lauren said.

So far, no one has been charged in this case. The sheriff’s office said the investigation is now in the hands of the State Attorney’s Office. 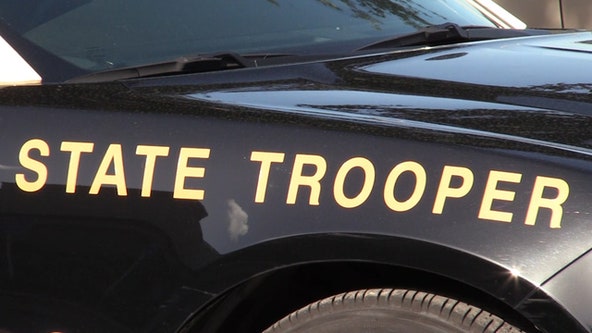