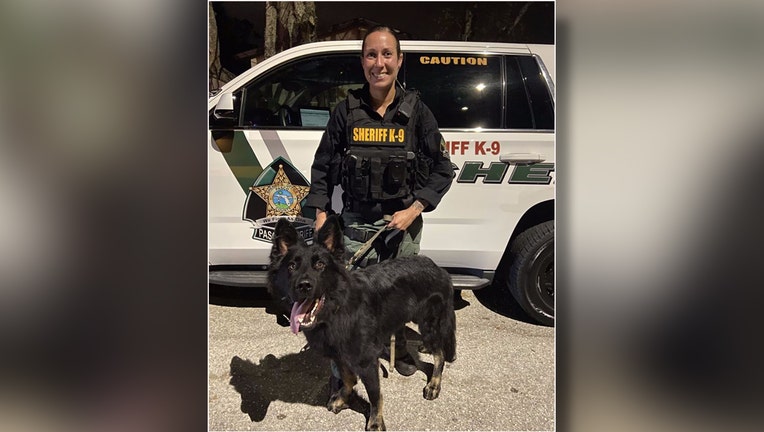 The suspect’s vehicle was found parked near a wooded area.

K9 Star located the subject 100 yards from his vehicle in the woods, where he had been hiding in a patch of bushes.

The suspect was taken into custody and charged with vehicle burglary, aggravated assault on a law enforcement officer, fleeing to elude, and hit and run.