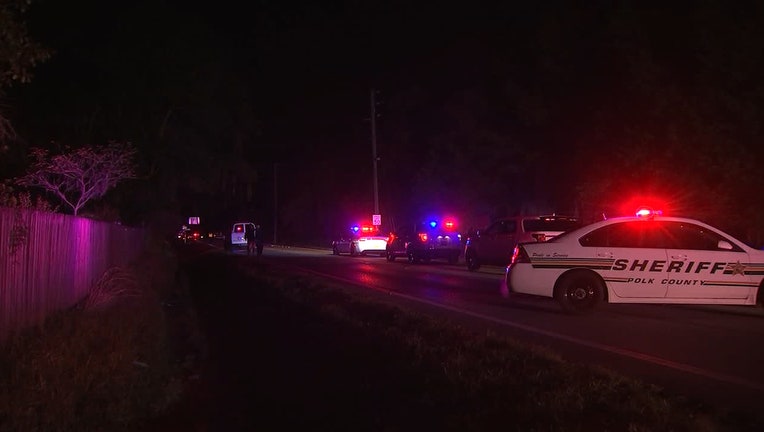 LAKELAND, Fla. - While trying to avoid a piece of metal in the road, a driver crashed his vehicle, and one of his passengers passed away, investigators said.

According to the Polk County Sheriff's Office, they said the driver of a blue Honda Civic was heading westbound on Ewell Road with three passengers, including 22-year-old Justin Alford from Bartow.

The driver, also a 22-year-old from Bartow, was approaching the Pinewood Village Circle East intersection when he noticed a piece of metal lying in the roadway, investigators said. He swerved to the left to avoid striking it, and lost control of the vehicle.

The Civic, investigators said, rotated and slid into a grassy area and through a barbed wire fence about 30 feet north from the edge of the road, officials said. They said the vehicle also struck a guy-wire for a utility pole, causing the Civic to flip and tumbled into a wooded area.

The Civic came to a final rest about 50 feet into the woods leaning on trees with the rear end on the ground and the front of the vehicle straight up in the air, investigators described.

They said Alford was not wearing a seat belt, and neither were the other passengers and driver. Deputies said Alford passed away from his injuries.

The air bags did not deploy, investigators added.

The 22-year-old driver was evaluated by a DUI-certified traffic deputy and showed no signs of impairment, officials said. They said distracted driving does not appear to be a factor in the crash.

Another vehicle was at the crash site, deputies said. That driver verified the piece of the metal was in the roadway and her vehicle struck it.