SARASOTA, Fla. - The yellow dots on the FWC red tide map have caught the attention of scientists along the West Coast of Florida. Doctor Cynthia Heil, the director of the Red Tide Institute at Mote Marine, is keeping a close eye on them.

"They're finding low concentrations between southern Sarasota County down to Sanibel," she said.

The algae that causes red tide is always present in our waters, but it's enough to register. Dr.Heil said a small patch has also been detected off the coast of Pinellas County.

Right now they're just patches and Dr. Heil does not expect the red tide to get as bad as the 2018 bloom.

"The conditions just are not favorable for it right now. We aren’t expecting a big one like 2018 but that being said this a typical red tide in Florida and we do get them every year," she said. 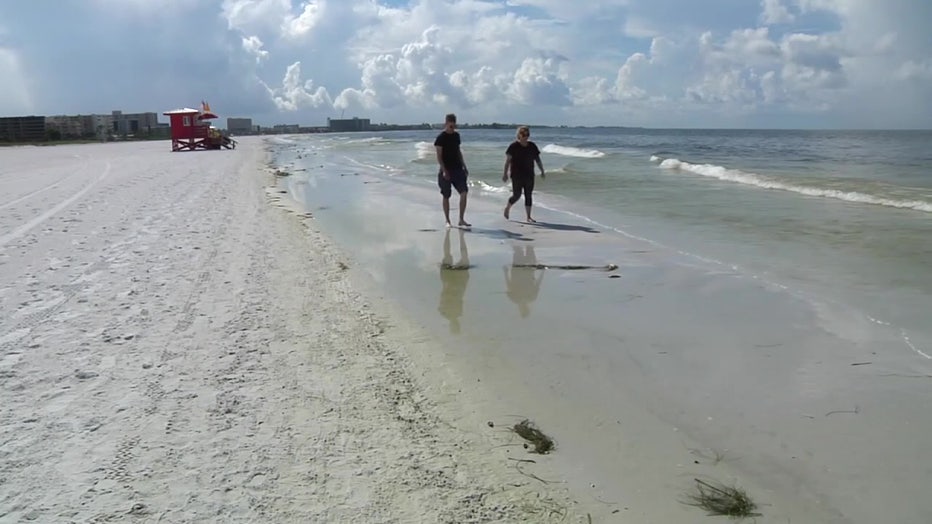 The 2018 red tide bloom was an environmental and economic disaster along Florida's Gulf Coast. In response to it, Mote partnered with the FWC.

With the help of millions of dollars in state funding, they've formed the Florida Red Tide Mitigation and Technology Development Initiative. They're working on a toolbox to help better detect and mitigate red tide and are already seeing promising results two years in.

"Having half a dozen promising compounds technologies right now is a huge step forward in terms of how to mitigate a bloom. There’s been a lot more cooperation between scientific entities looking at red tide," said Dr.Heil.

Kevin Claridge the associate vice president for Sponsored Research and Coastal Policy Programs said they could soon apply those compounds outside the lab within two years. 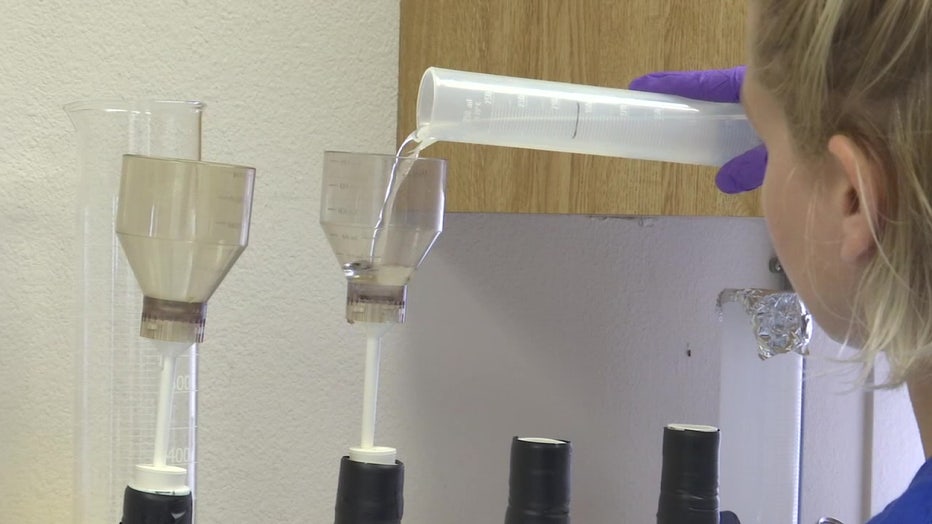 "We are zooming into different bullets those that are looking promising to move through that tiered system from the lab base to the larger tanks to the nearshore waters," he said.

The ultimate goal is to prevent a repeat of the 2018 red tide, which lasted more than 11 long months and is one of the worst in memory.

"You hate to have a bad event to draw interest together but it really spurred folks to come together I’m talking to folks daily that are bringing new ideas daily, that were impacted by the bloom, understand the ecological and economic impacts it is for the state of Florida," said Claridge.

If you'd like to keep an eye on red tide or check beach conditions visit https://visitbeaches.org/.