DAVENPORT, Fla. - What was billed as a going away party at a Davenport short-term rental house turned into an open-house party with more than 100 people that ended with six people getting arrested, including three felons who deputies say caused a fatal crash while fleeing from law enforcement.

According to Polk County Sheriff Grady Judd, deputies were called to the Sol Terra community, which is off Pine Tree Trail in Davenport around 1 a.m. because of a huge party that led to fighting in the streets.

Upon arrival, deputies said they did not see any fighting, but they did see hundreds of people, including juveniles and adults, in the streets.

Judd says one person was "hugely intoxicated" and deputies called EMS to get him medical treatment, but cars were parked everywhere and the ambulance couldn’t get through.

The deputy went to the back of the Range Rover and noticed that it had a temporary tag that expired in 2022.

While the deputy was trying to write down the tag number, the Range Rover took off, sideswiped the deputy’s patrol vehicle and fled.

The deputy did not pursue the Range Rover because there were too many cars blocking the streets, but he did notify PCSO about the hit-and-run.

Deputies, who were not at the scene, began searching for the Range Rover and found it just off Ronald Reagan Blvd. parked next to a 7-Eleven.

As deputies approached it, the Range Rover took off and deputies gave chase.

"We do allow pursuits if the time, place and location permit such and it did this morning," Judd said.

The vehicle went up the Poinciana Parkway and got off at Marigold Avenue in Osceola County. That’s when the deputy stopped pursuing it. Judd says the suspects’ vehicle came upon a four-way stop sign drove around three cars that were stopped, went through the intersection and crashed into another vehicle, killing the 27-year-old man inside. 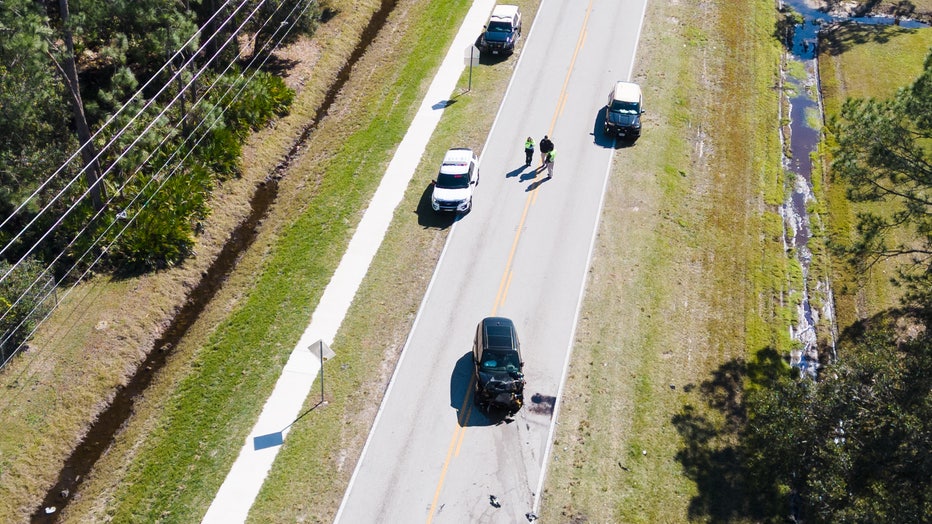 The Florida Highway Patrol is investigating a crash that killed a man early Saturday morning. A 27-year-old man was killed in a crash in Osceola County that deputies say was caused by felons fleeing from a Davenport house party. Credit: Ciara Perez

The deputy who was pursuing the Range Rover, but gave up the chase, came upon the crash and saw people fleeing from the vehicle on foot. He chased them along with backup deputies.

Three suspects who were in the Range Rover, who all have criminal records, were apprehended. Judd says there may be a fourth suspect, but wasn’t able to provide any additional details on that potential person. 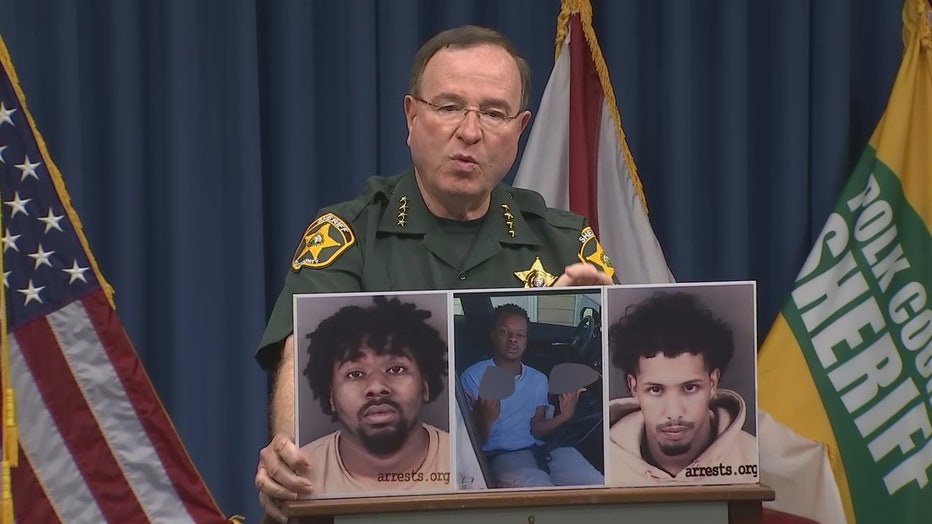 Following the crash, Judd says Angel Burgos Rosello, 31, of Fayetville, North Carolina, fled the scene and hid in the woods. He was eventually captured by a K9. His criminal history includes previous arrests in N.C. for trafficking in MDMA and maintaining a vehicle for drug sales, and in Osceola County for possession of marijuana with intent to sell and violation of probation.

According to Judd, suspect Jarquez Malique Page, 23, of Fayetville, North Carolina was injured in the crash and taken to the hospital for his injuries.  His criminal history includes previous arrests in N.C. for larceny of a firearm, possession of a stolen firearm, breaking and entering a motor vehicle, felony larceny, possession of stolen goods, possession with intent to sell marijuana, manufacturing marijuana, and maintaining a vehicle for drug sales.

Alaric Shango McFarlane, 20, of Kissimmee, FL also has a criminal history including previous arrests in Osceola County for vehicle theft, battery, burglary, reckless driving, operating a vehicle without a valid license, and violation of probation. 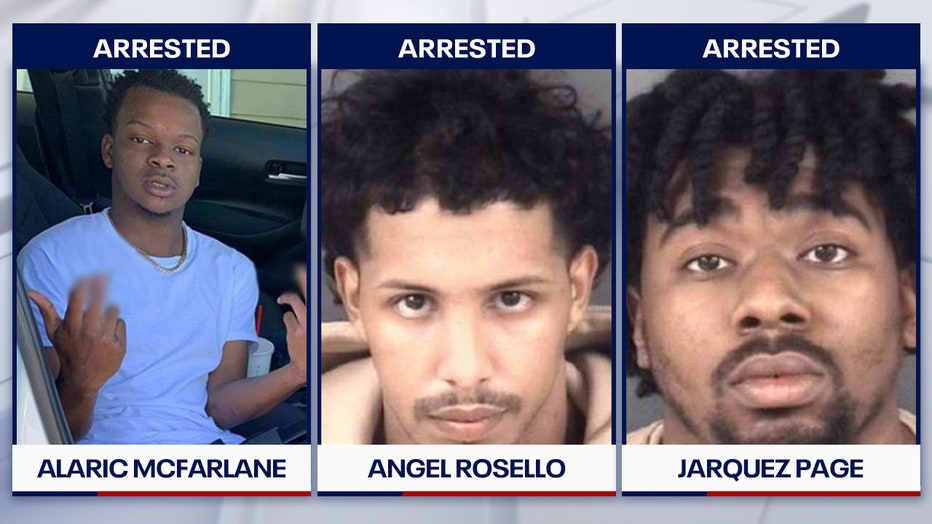 Deputies and troopers are still trying to determine who was driving the Range Rover, which was confirmed to have been stolen out of Martin County in September 2022.

The three suspects who are in custody are facing a litany of charges in Osceola County and PCSO is in the process of bringing additional charges.

PCSO is waiting on a search warrant for the vehicle, but through the window, deputies saw what appears to be an AR-assault-type rifle with a handgun stop. Judd said deputies could smell the odor of drugs in the vehicle that’s crashed. 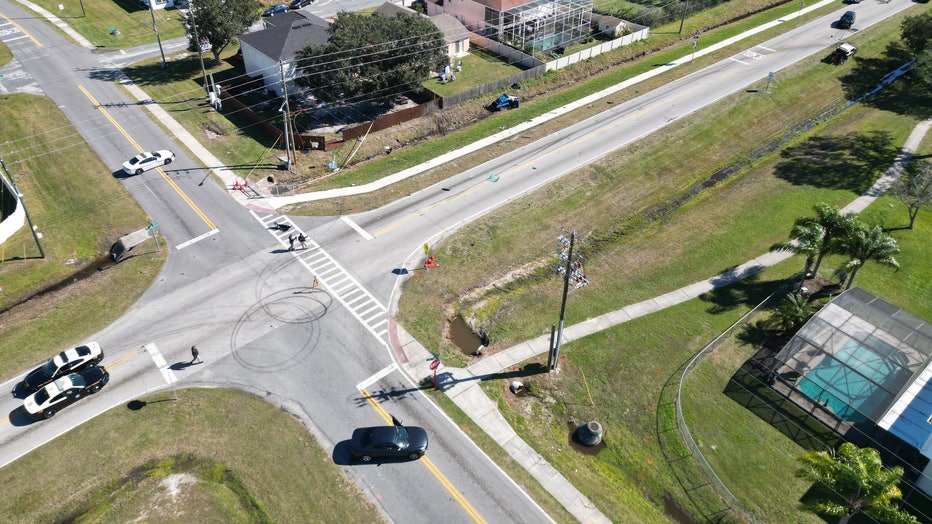 A 27-year-old man was killed in a crash in Osceola County that deputies say was caused by felons fleeing from a Davenport house party. Credit: Ciara Perez

Judd says the suspects will at least be charged with armed trespassing.

Back at the house in Davenport, Dovensky Delpe, 21, and a 17-year-old girl were arrested and charged with hosting an open house party. Delpe's criminal history includes a 2021 arrest for battery. He's being additionally charged with contributing to the delinquency of a minor. The 17-year-old has a 2017 arrest for grand theft, which is a felony. 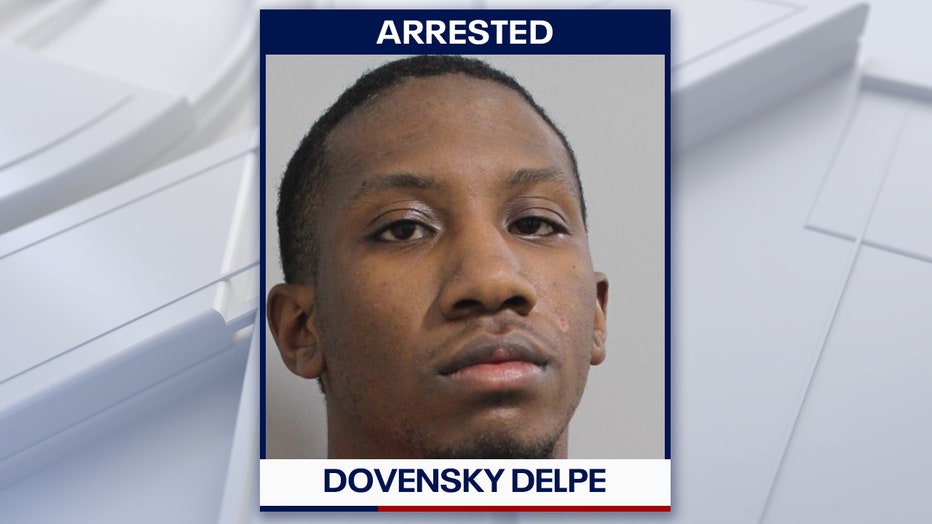 While the deputies were trying to break up the party, a woman battered one of the deputies, according to Judd. He said 18-year-old Mayra Tirado also has a criminal history of battery on a law enforcement officer.

"What started out as an out-of-control house party ended up with the death of an innocent person when the really hardcore criminals fled from the deputies and were ultimately lost in the pursuit and while they were lost in the pursuit, we were looking for them and as a result, we drove up upon the crash," Judd said. "It outrages me because this is behavior that is outside of the norms of society. They don’t care. They don’t care and the only thing that’s important for them is that they do what they want, when they want. They ignore everybody. They ignore law enforcement and they resist us at every turn."