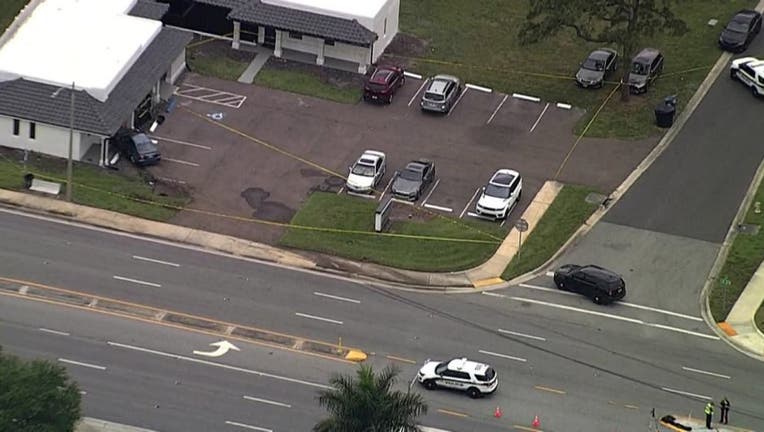 ST. PETERSBURG, Fla. - St. Petersburg police say they identified the man who was killed after a driver crashed into him before colliding into a building along 4th Street North on Monday.

Officials identified 52-year-old David Ivan Johnson as the pedestrian who died in the crash. They said he was a transient.

The collision occurred around 1:30 p.m. Police said the female driver, later identified as 43-year-old Olga Yuryevna Davis, was speeding in a Subaru Impreza while heading south on 4th Street N and was weaving between three lanes.

Police said when she approached the 9000 block, Davis lost control of the vehicle and crashed into Johnson, then drove into a building at 8934 4th Street North. Johnson had to be extricated from under the vehicle, and officials said he died at the scene.

Although the investigation is still ongoing, police said David was arrested for DUI manslaughter, vehicular homicide and DUI property damage after he was released from the hospital.