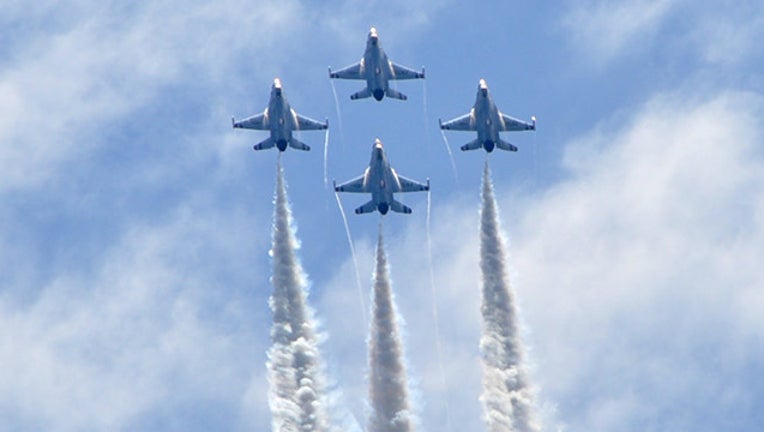 Thousands of people crowded onto MacDill Air Force Base on Saturday for the first day of AirFest 2014. The popular air show was back after a budget-induced hiatus.

The combination of display aircraft and aerial performers proved to be a big draw -- a spokesperson said that base personnel had to start turning away visitors because the South Tampa base hit capacity.

Those who did make it through the traffic were rewarded by plenty of sunshine and plenty of aircraft. The highlight this year was the Air Force's own Thunderbirds, making only their fourth appearance since the budget cuts known as sequestration grounded them and other military demonstration teams.