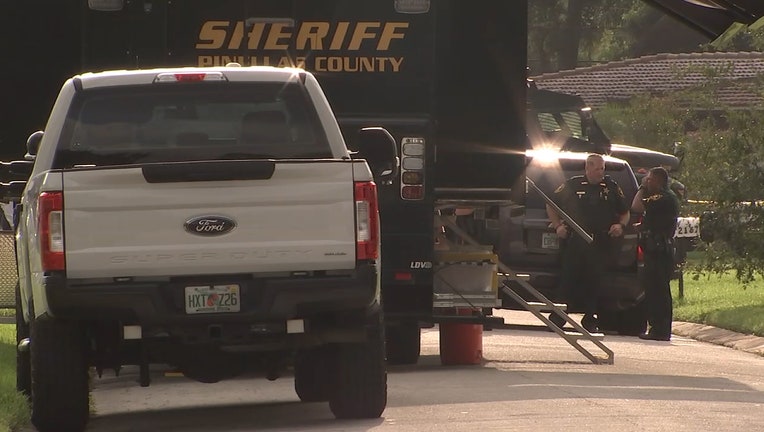 CLEARWATER, Fla. - The Pasco-Pinellas State Attorney's Office announced Friday they wrapped up the investigation into the Sept. 7 deadly shooting involving Pinellas County deputies, ruling that their actions were justified.

The shooting occurred in the early-morning hours along Indigo Drive in the Greenbriar neighborhood. After 3:30 a.m., a woman called from a home to report her ex-boyfriend was at the front door with a handgun. By the time Pinellas County deputies arrived, he had entered the home.

There were two people – a male and female – inside the home when the suspect, identified by authorities that day as 32-year-old Josue Arias, who is from Tampa, entered. Both occupants retreated into two separate rooms.

At one point, the woman was able to exit the home and left behind her cell phone with an open 911 call.

Eventually, Arias came to the front door with the other male occupant, investigators said. He had a handgun pointed at the male occupant's head. Arias eventually released the man, who was able to get away.

Arias retreated back into the Clearwater home. Through the open 911 call, officials said Arias made statements that he was not going back to prison, that his life was over and he was going to die. Clearwater Police Chief Dan Slaughter said Arias had a history of arrests in Pasco County, Hillsborough County, Tampa and Pinellas County.

Deputies tried to negotiate with Arias, but it was unsuccessful they said. Then, he exited the residence again with a gun in his hand.

Officials said he moved about in the patio area, the police chief said, and walked into the yard. They said it appeared he was looking for deputies and their locations.'

"The deputies fired in response to his reckless nature for coming out and looking for basically a firefight," he said. "There was ample time for Mr. Arias to surrender. Unfortunately, this encounter occurred."