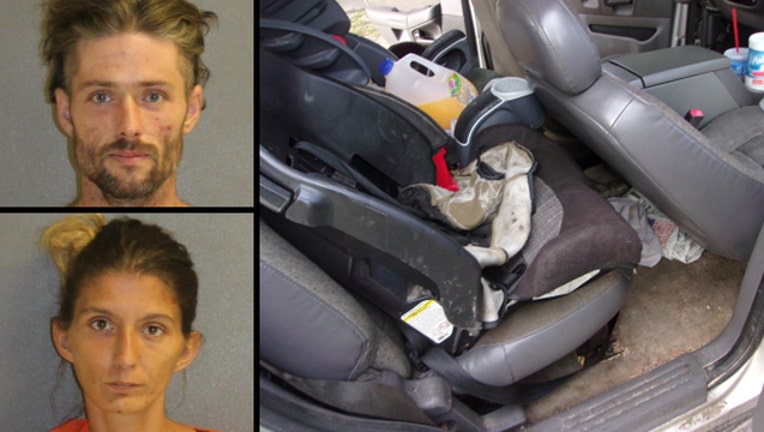 DELAND, Fla. (AP) - Authorities say a Florida couple had a toddler girl inside a roach-infested car while they were using drugs.

The 2-year-old girl was turned over to family after receiving care for a neck wound from a cigarette burn that had attracted insects. Police said the child had numerous scabs and was walking around barefoot inside the vehicle, wearing only a shirt and a soiled diaper.

A statement said officers noticed drug paraphernalia when they approached the car Tuesday after seeing a child and two adults inside when the temperature was 104 degrees. Officers found a needle and bottle cap with an opioid, spoiled food, dirty diapers, and roaches and other insects on the seats.

The couple admitted to injecting the drugs in the child's presence. An attorney was not listed in records.