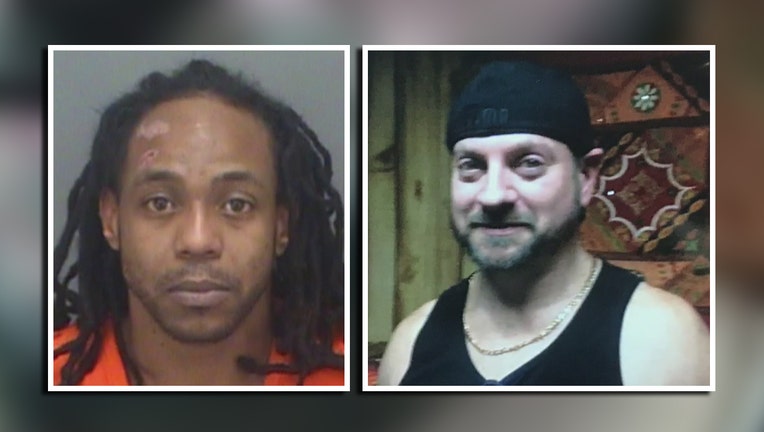 ST. PETERSBURG, Fla. - It was a violent beating that went on for nearly an hour and a half. Scott Jenks was killed in the horrific crime in the parking lot of a St. Petersburg shopping plaza.

The 48-year-old’s loved ones are desperate for answers.

“This guy gets to still live and my brother doesn’t, that’s not fair,” said Linda Young through tears. “He didn’t deserve it at all.”

St. Petersburg police say Scotty left The Sports Bar & Grill at The Northgate Center around 3 a.m. Tuesday and walked down the sidewalk.

Less than 10 minutes later, the 48-year-old was violently attacked. A nearby security camera captured Scotty pleading for the man to stop.

“During the beating, the victim begged for his life, he wanted to know why somebody he considered a friend would attack him so violently,” said St. Petersburg Police Spokesperson Sandra Bentil.

Court paperwork shows Scotty was moaning, gurgling and grunting in agonizing pain. The beating went on for an hour and 19 minutes.

“How somebody can do something like this to such an amazing person, and for him just to get left there,” said Dexter Jenks.

Two days after the murder, Kristoff King was arrested by FHP on a bus heading to Alachua County. He’s now locked up in the Pinellas County Jail, charged with first-degree murder.

Investigators say the crime may have been racially motivated. According to arrest paperwork, during the killing, King “…is heard making numerous racial epithets indicative of a hate crime.”

“He got along with everybody, that’s what I don’t understand, because if somebody hated him then there’s something wrong with that person,” Linda said.

She says Scotty was a loving father, an amazing friend, and had a personality that can’t be replaced.

“He just made such an impact on people around here’s lives, and I had no idea.  I had no idea how much, how many people really did love him.”

The case is now in the hands of the State Attorney’s Office, which will determine if the slaying fits the criteria to be enhanced to a hate crime.

King was in court Wednesday and is being held without bond.