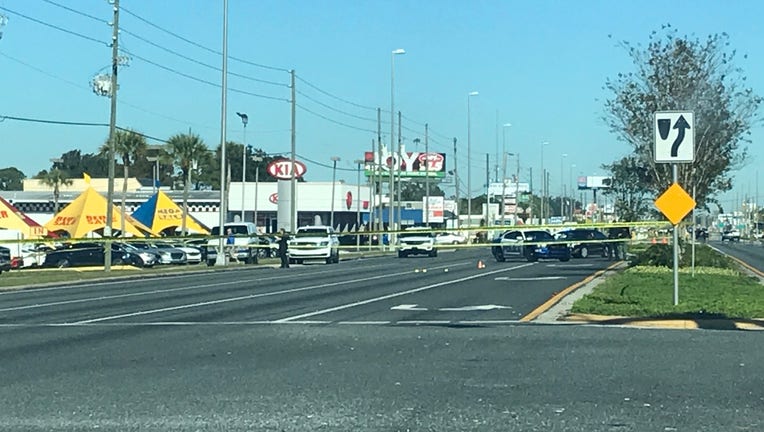 According to detectives, officers received a report of motorcyclists driving recklessly on southbound US 19 near Cross Bayou Boulevard.

While police were responding to the area, dispatchers received reports that there had been a shooting.

Investigators said a driver who had been shot was found at US 19 and Trouble Creek Road. That victim, who was in a vehicle, suffered a gunshot wound to the abdomen and is expected to survive.

Officers tried stopping the group of motorcyclists on US 19 less than a mile away, but three of them took off.

Police pursued one of the motorcyclists on southbound US 19 into Holiday, but officers had to call off the pursuit.

Three motorcyclists did not flee and are believed to be cooperating with investigators. Police are working to determine who opened fire and what led up to the incident.