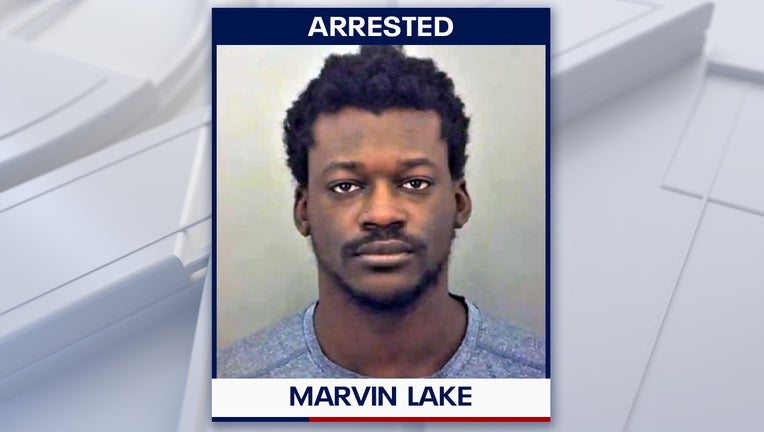 EL PASO, Texas - A 24-year-old Texas man was booked into jail on capital murder charges this week after telling authorities he used "wrestling-style moves" on a 1-year-old boy left in his care who later died in a hospital.

The boy’s numerous injuries last week included a skull fracture, KFOX 14 of El Paso reported. But suspect Marvin Rex Lake insisted to authorities that he hadn’t caused all of the child’s injuries.

"I did not hurt his head," Lake reportedly told investigators. "I only caused the internal injuries."

Little Ahren Joshua DeHart, plus another toddler and an infant, were all being watched by Lake last week in El Paso, police wrote in an arrest affidavit, according to the station.

Ahren was the child of a woman who had gone to work, while another person police called "witness Schneider" was the parent of the other two children, KFOX 14 reported.

The two other children also had injuries, KWTX-TV of Waco reported.

Around 5 p.m. April 13, Ahren appeared to be "in good health and alert" during a video call between Lake and the two parents, but in a subsequent call around 9:30 p.m., Lake called Scheider and claimed that Ahren had "rag-dolled" and vomited a red substance, the affidavit said, according to KFOX 14.

After the parents arrived back at the apartment around midnight, they called paramedics and Ahren was soon admitted to a hospital with numerous injuries that medical staff described as "non-accidental," the station reported.

RELATED: Woman threatened teens with knife before driving into them as they played basketball, sheriff says

He eventually died last Friday after being taken off life support, KFOX 14 reported.

"We were all there at the hospital and they decided to disconnect everything and let him pass away," Lawrence DeHart, the boy’s uncle, told the station. "Never in my life did I think I, my family, a 20-year-old newly married couple with almost an exact 1-year-old baby would have to live through this."

The suspect later told investigators that he and the boy had been sitting on a futon, watching TV, when Lake decided to try "several wrestling-style moves" on the small child.

The caretaker said his hand slipped and little Ahren struck the frame of the futon, according to the affidavit. Later, Lake said he got upset at Ahren for ripping a pillow, so he held the boy tightly, not realizing his own strength, FOX 14 reported.

The suspect also inquired about possibly receiving financial compensation for damage to his futon frame, according to KFOX 14.