LAKELAND, Fla. - The brother of a man accused in the Jan. 6 riot at the nation's Capitol was allegedly carrying a stock of illegal firearms "for his protection against law enforcement" when he was pulled over by a Florida Highway Patrol trooper in Polk County Thursday.

Polk County Sheriff Grady Judd said 27-year-old Samuel Doolin, the older brother of Joshua Doolin, was driving an '85 Chevy truck on Kathleen Road, near Laurel Woods Lane, when he was pulled over.

The trooper who stopped Doolin said there was a handgun on the seat between Doolin and his passenger, 23-year-old Tiffany Ann Beam, of Lakeland. 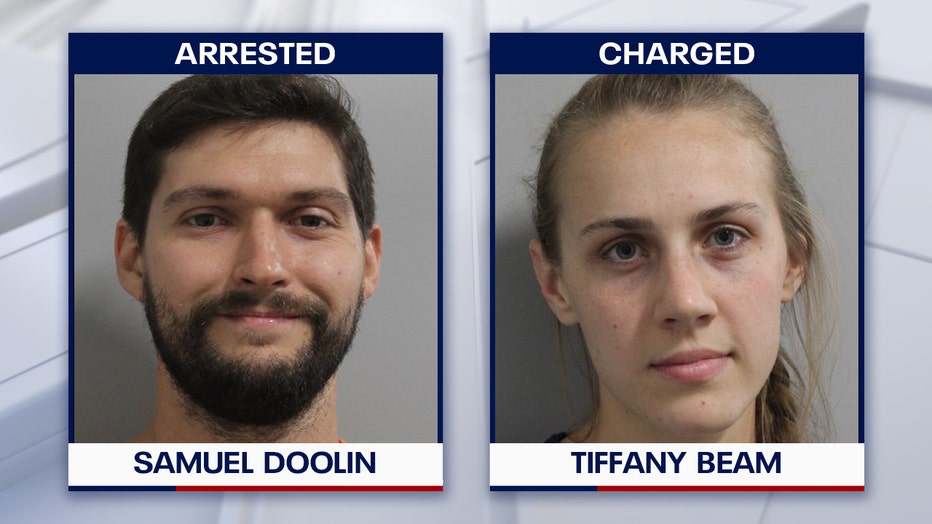 Doolin told the trooper it was for his protection against law enforcement, according to the sheriff's office.

He later told officials that he considered himself to be a sovereign citizen. 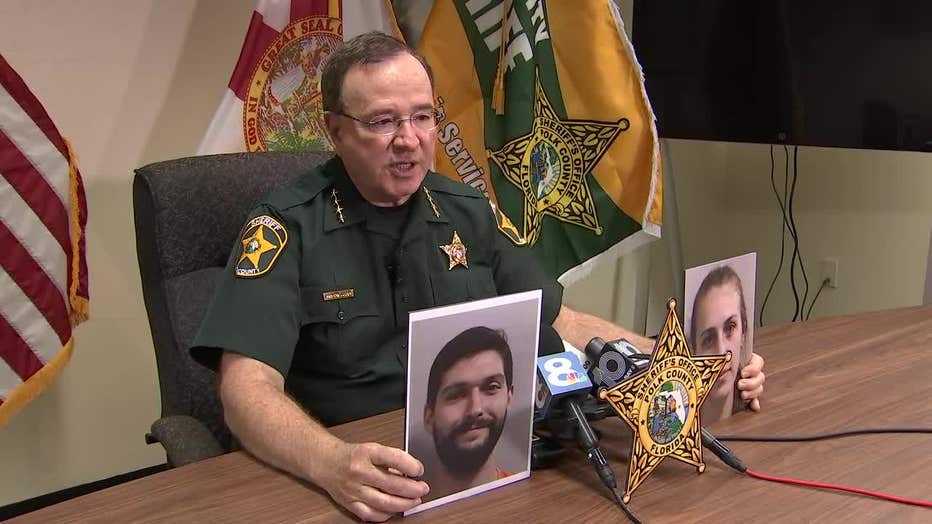 "He said, ‘You didn’t have a right to stop him. I have a triangle on the back of my vehicle because it’s a farm vehicle, so I don’t have to register it,’" the sheriff said, adding, "It’s a registered pickup truck without a tag, and you can’t operate that on a roadway."

The trooper called for backup from the Polk County Sheriff's Office. When deputies arrived, they tried to get Doolin and Beam to get out of the truck, but the pair refused. Deputies used a ballistic shield to walk toward the truck. They had to break the vehicle's rear glass and use a stun gun on Doolin to take him into custody.

Authorities across the country are working to identify those seen inside the Capitol during the riots.

"Once the Taser struck him he became more compliant," Sheriff Judd said, adding that Samuel didn't want to identify himself. "When we asked him about all this he said, ‘Well you know, I’m kind of a sovereign and I don’t recognize state law enforcement. Newsflash, you do. The sovereigns who don’t want to follow the law, get to learn it the hard way."

Polk Sheriff Grady Judd detailed the arrest of Samuel Doolin during a traffic stop on weapons-related charges. Doolin is the older brother of Joshua Doolin and the cousin of Jonathan Pollock, both of whom were indicted for their involvement in the Capitol riot.

Judd said Beam did not resist after initially refusing to get out of the truck.

Federal judge Reggie Walton scolded Tampa-area resident and criminal defendant Adam Johnson for his "clownish behavior" and called him weak-minded enough "to follow a lie and do what you did."

MORE: Accused Florida Capitol rioters may interact with each other, ordered to stay away from fugitive co-defendant

Inside the truck, investigators said they found five firearms, two of which were altered to be automatic weapons: a Glock 9mm handgun and a 14" barrel rifle with no serial number. Automatic weapons and rifles with a barrel under 16" are illegal.

Judd acknowledged that Samuel is related to Joshua Doolin, but couldn't speak to whether he was connected to the Capitol riot. 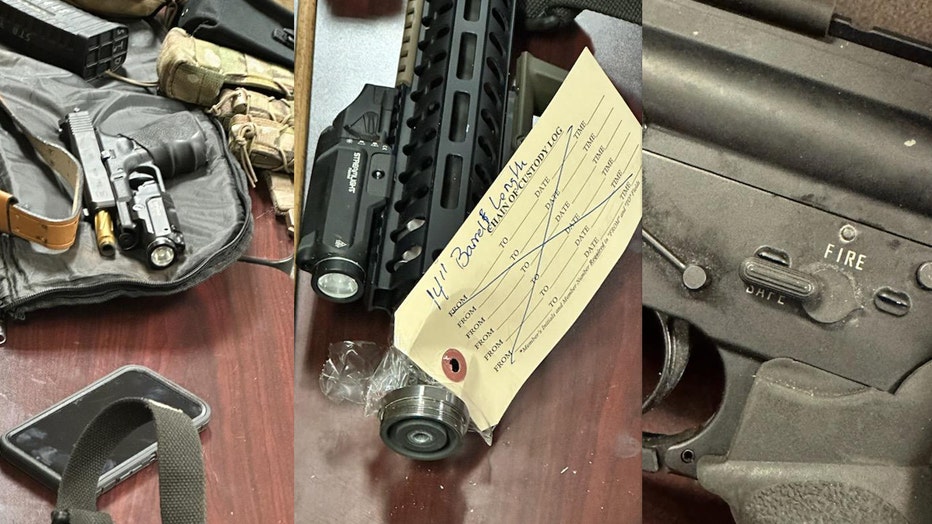 "Because of his relationship with his younger brother and him being under felony charges, we also notified the FBI," the sheriff noted.

Federal agents say former Polk County resident Joshua Doolin, like 2,000 others, stormed the US Capitol on January 6, 2021. His trial will begin March 6, 2023.

A man accused of rioting at the Capitol on January 6 is heading to trial in a few months and wants to ban several words from the courtroom.

The Doolins are also the cousins of Jonathan Pollock, who remains on the run. Prosecutors said Pollock and Joshua were among the Capitol suspects who charged the fence at the US Capitol and started attacking police. Documents show Pollock is heard yelling, "Let’s go." He was seen pulling and dragging one officer down the Capitol steps. Sixteen months later, he hasn't been caught. 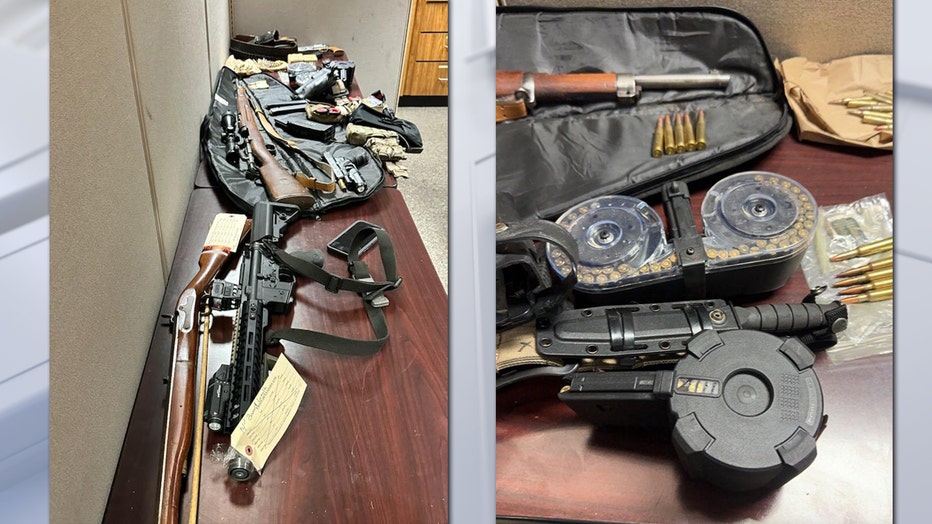 Tiffany Beam was charged in Polk County with resisting without violence.