LAKELAND, Fla. - A man accused of rioting at the Capitol on January 6 is heading to trial in a few months and wants to ban several words from the courtroom.

But now, as Doolin's trial approaches, he wants to muzzle prosecutors from using certain words or labels. 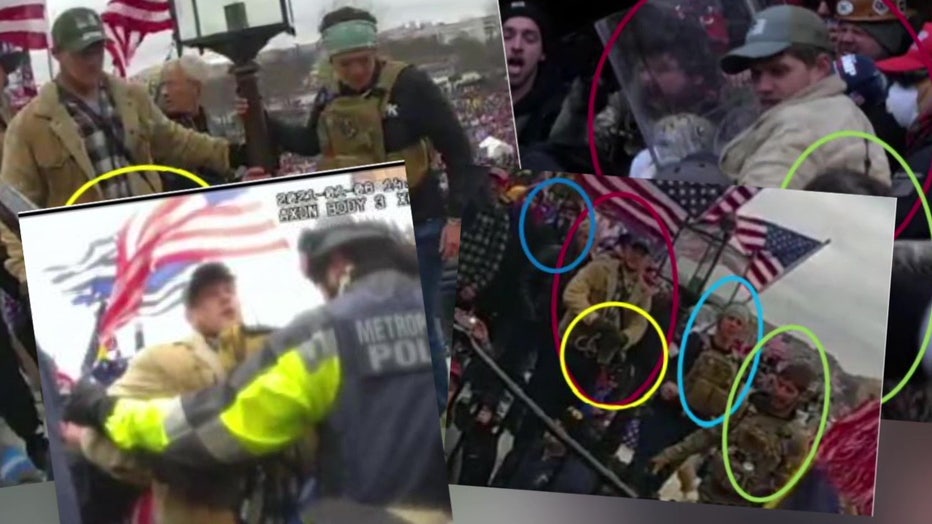 Several Polk County residents were allegedly caught on camera rioting at the Capitol on January 6.

Doolin’s attorney argues prosecutors want to use those words to "inflame" and prejudice the jury, preventing Doolin from having a fair trial.

RELATED: Accused Florida Capitol rioters may interact with each other, ordered to stay away from fugitive co-defendant

Prosecutors have yet to respond to this motion. 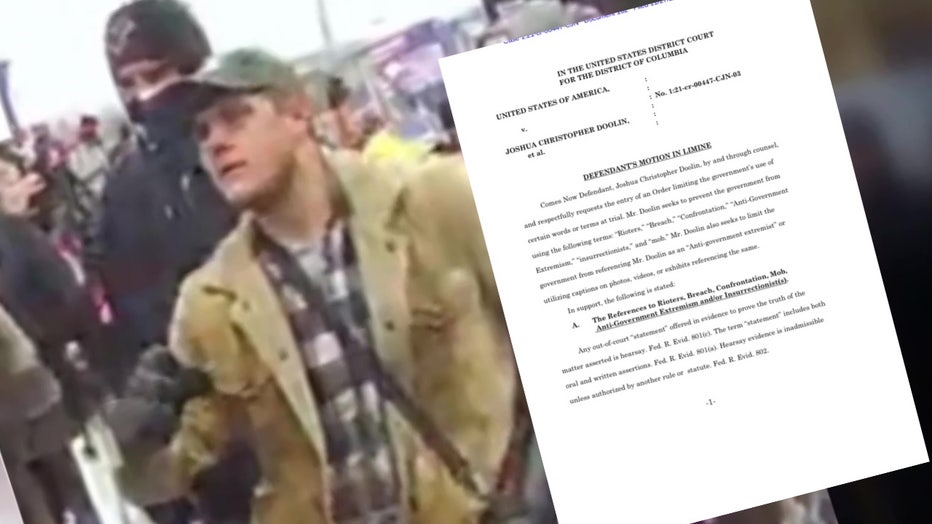 Federal agents say Michael Perkins attacked a police officer with a flagpole, hitting the officer in the chest and over the head.

More than 800 people have been arrested for their alleged role in the January 6, 2021, attack on the U.S. Capitol. Of those 800, more have been rounded up in Florida than any other state and many of the people arrested, charged and sentenced to prison were in the Tampa Bay area, according to the U.S. Department of Justice.

They say Olivia Pollock also attacked capitol police and hit an officer in the chest with her elbow as she tried to breach the police line.

Olivia Pollock’s brother, Jonathan Pollock, is heard yelling "let’s go" as he attacks police, pulling and dragging one officer down the capitol steps. 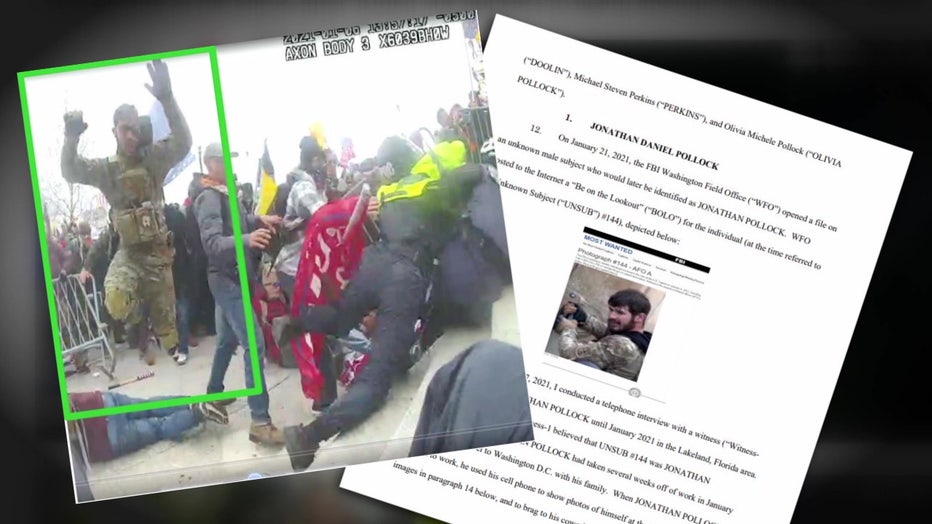 While Jonathan Pollock remains a fugitive on the run, Doolin and his co-defendants are headed to trial in March.

However, the group is looking to throw out as much evidence as they can, including words and labels that they say could hurt them with the jury.

A judge is set to rule on this matter before the trial begins on March 6, 2023.